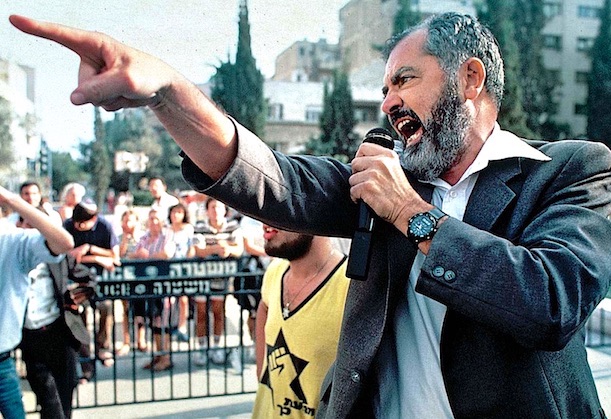 Jewish-owned and -controlled internet video giant YouTube has purged thousands of videos of former Israeli Knesset Member, Jewish Defense League founder, convicted terrorist, and jewish supremacist Rabbi Meir Kahane, barring an account which uploaded the videos with no explanation given for the move:

According to a report by The Jewish Press, some 2,600 videos containing footage of Rabbi Kahane or his students were removed from YouTube, a subsidiary of Google, several weeks ago in late December.

The account, which was operated by Michael Miller, a 29-year-old American-born immigrant and right-wing activist who co-manages the social media pages for Boomerang – Fighting For Israel, a pro-Israel advocacy group, was also deleted in the purge.

Miller said no explanation for the removal of the account or the videos was given.

In an interview with The Jewish Press, Miller said he had tried to appeal the decision “three times on three separate occasions.”

“I am shocked, outraged, angry, upset, bitter, and frustrated – but deep down, sadly not surprised – that a social media outlet that claims to support and tolerate freedom of speech for everyone would [do this]…. This is an absolute disgrace,” said Miller.

Rabbi Kahane, an editor of The Jewish Press, founded the Jewish Defense League in 1968 to combat anti-Semitism in the US and, later, to protest the USSR’s refusal to permit Jews to emigrate.

In 1971 Rabbi Kahane moved to Israel, where he established the Kach party, becoming a controversial figure in Israeli politics.

Calling for the transfer of Israel’s Arab population to other Arab states, Rabbi Kahane won a seat in the Knesset at the helm of Kach in 1984, before being banned from the Knesset in 1988. In 1990, he was assassinated in New York by an Arab terrorist linked to the nascent Al Qaeda terrorist organization.

The Brooklyn-born Kahane is a hero among jewish supremacists and “extreme right wing” Zionist ideologues.  And like many jewish fanatics, he also had a paranoid streak a mile wide, advising his fellow Jews to leave the U.S. for Israel because of the serious threat of “another Holocaust”.

He founded the ultra-violent Jewish Defense League (JDL) which conducts private, extra-judicial terror actions against any perceived threats to Israel or Jews in general.

After Kahane was assassinated in 1990, the JDL continued his legacy by attempting to assassinate historical revisionist Ernst Zundel by firebombing his home in Canada in 1995.

Had Kahane been a “White supremacist” and had done what he did, he would have spent most of his life in prison, and Jews would have vilified him as the second coming of Adolf Hitler, but because he was jewish, he was elevated to hero status for “defending Jews” by any means “necessary” with virtual impunity.

Perhaps the liberal Jews at YouTube purged these Kahane videos because they gave ‘antisemites’ material to hold against all Jews for their supremacism and racism.