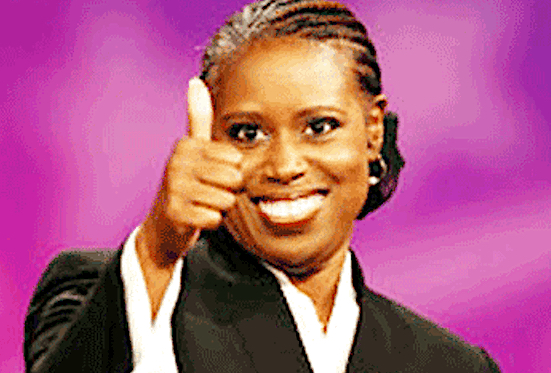 A former U.S. congresswoman and staunch critic of Israel is now questioning the official version of the Holocaust™ on social media — by quoting Jewish sources which appear to cast doubt on the accuracy of the final death toll:

Cynthia McKinney, 65, who left Congress in 2007, posted a link to an article on Saturday from the Israeli daily Haaretz that explored the issue of how the number of victims of the Holocaust was calculated.

McKinney commented, “So, the figure wasn’t six million after all?? What about those punished and even imprisoned for saying so?? Is this a ‘You can’t say, but I can’ kind of thing??”

Replies to McKinney’s tweet were replete with Holocaust denial, with users posting statements like “Six million fake news also,” “Easily the most epic criminal extortion racket ever perpetrated on humanity,” and “Nuremberg, where the Germans had been brutally tortured into saying anything asked of them.”

On Monday, McKinney responded, saying, “Haaretz writes, ‘According to Yad Vashem’s estimates, once the double listings are removed, the database contains about 4.8 million names.’ I post. Message to me: ‘What turned you into an anti-Jewish bigot and Holocaust denier? You’re a piece of s**t.’”

The article in fact did not say the 4.8 million names were the final tally of victims, only that the names of the rest are likely to remain unknown.

McKinney, a Georgia native, is known for her radical views, including conspiracy theories regarding the 9/11 attacks.

After being defeated in a 2006 primary, she left the Democratic party and joined the far-left Green party and later the Libertarian party. In 2008, she was the Green party’s candidate for president, and received 0.12% of the vote.

She has a long history of anti-Israel activities, including participating in two attempts to breach the Israeli naval blockade of the Hamas-ruled Gaza Strip.

The Anti-Defamation League (ADL) said that McKinney has accused Israel of genocide, referred to the pro-Israel lobby as a “ruthless” entity that “rears its ugly head in too many facets of life in this country, particularly political life” and engineered her political defeats, and personally met with representatives of Hezbollah and Hamas.

She also referred to US President Donald Trump as a “Zionist puppet.”

McKinney was defeated in 2006 for re-election because the Jews hated her for daring to question their official version of 9-11 and for showing sympathy for the Palestinians — so they financed a Black “Uncle Tom” to run against her — and redrew her voting district to make sure she lost many of her supporters.

Being Black, McKinney was part of the Jewish plan to diversify Congress, and the Jews initially promoted her into office with much fanfare.

But McKinney refused to remain on the Jewish plantation beholden to her Jewish money masters after it became abundantly clear to her that the official explanation of the 9-11 attacks simply lacked any credibility.

And McKinney was one of the only sitting members of Congress to openly question the official version of the 9-11 attacks.

And that sealed her fate — the Jews who orchestrated the 9-11 attacks were not about to allow this “uppity” Black woman to throw a wrench in their plans for world domination.

After all they had done for her, this is how she showed her gratitude to her Jewish controllers.

To add insult to injury, now McKinney is going after the Jews’ “holy of holies” — the mystical 6 Million™ number — which the Zionists began promoting in their press several decades before World War II.

But if you deny that just one less Jew died than the sacred 6 Million™, then you deny the entire Holocaust™.

And expecting the official version of the Holocaust™ to make any logical sense is ‘antisemitic’.

And in her retirement Cynthia McKinney seems to enjoy pulling the Jews’ chain.