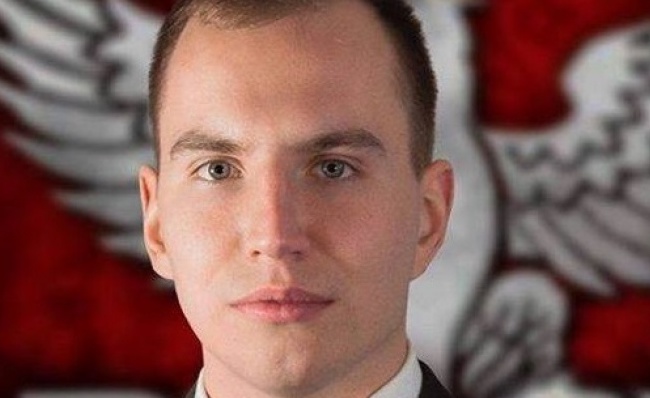 Adam Andruszkiewicz, the former leader of the anti-Semitic and xenophobic All-Polish Youth movement, was appointed as the Deputy Minister of Digital Affairs and Social Media.

The All-Polish Youth movement is considered a nationalist and anti-Semitic movement whose leaders and activists have expressed their harshness towards Jews as well as minority communities and members of the LGBTQ community.

Andruszkiewicz is known as one of the most prominent right-wing activists in Poland, referring to anyone who disagreed with his views with words such as “parasites”, “traitors” and ” enemies of Poland.”

He was first elected to the Polish Parliament in 2015 as a member of the right-wing populist Kukiz 15 party.

Former Anti-Defamation League director Abraham Foxman told the Algemeiner that Poland had appointed “a neo-Nazi antisemite in charge of internet and social media.”

“Where are the voices of outrage in Poland and in the EU?” Foxman asked. “And where is the US State Department?”

Andruszkiewicz caused further controversy during the crisis in Israel-Poland relations over the Holocaust bill passed by the Polish Parliament last year. He responded to criticism of the law by stating that “the Jews had great support among us, now they are losing it.”

“The State of Israel and the communities associated with it throughout the world (sic) are escalating this conflict, which is worrying,” he said.

The jewish media commonly uses vague, baseless expressions such as “is known as” or “is considered by many to be” when they engage in their routine hit pieces against anyone who appears to oppose their nation-wrecking agenda.  And they are working overtime to portray the conservative Christian government of Poland as “right wing extremists” and “antisemites” and “xenophobic Nazis” simply because they reject the jewish plan to racially “diversify” all of Europe.

And the notorious Abe Foxman is demanding that the U.S. State Department intervene in internal Polish governmental affairs, using threats and economic coercion to get the appointment of Andruszkiewicz overturned simply because of some alleged past associations.  The last thing the Jews want is a Polish government that is aware of jewish treachery and subterfuge, and is willing to stand up to it.  After all, the Jews may not like what Andruszkiewicz has to say, but that does not mean that what he says is not true.  And if the Jews don’t like what he’s saying, chances are it is, in fact, true.