Jews Proud They Got 1.4 Million Convicted Felons the Right to Vote in Florida 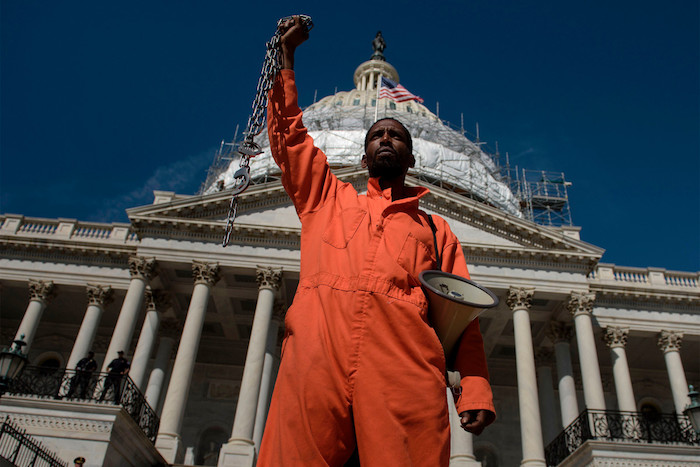 A number of influential Jews and jewish groups, including George Soros and the Anti Defamation League, used their power to pass an amendment to Florida’s constitution which has restored the voting rights of convicted felons:

Amendment 4 won 64 percent of the vote, passing the needed 60 percent threshold for passage.

A number of Florida branches of Jewish groups, including the Reform movement’s Religious Action Center, the Anti-Defamation League, the National Council of Jewish Women and Join for Justice, campaigned for the amendment, which excludes felons convicted of murder and sex crimes.

“‘Kol hakavod’ to the Reform Jewish communities in Florida — and across the U.S. — who organized and mobilized to make this happen,” the national Religious Action Center said on Twitter, using the Hebrew term for “well done.” “This is huge. 1.4 million Floridians will have their voting rights restored.”

“Kol hakavod to the Reform Jewish communities in Florida – and across the U.S. – who organized and mobilized to make this happen. This is huge. 1.4 million Floridians will have their voting rights restored #ReformJewsVote https://t.co/4T58IbhH5C— Religious Action Center of Reform Judaism (@TheRAC) November 7, 2018 ”

A number of major Jewish philanthropists contributed to the campaign, including George Soros, Seth Klarman and Stacy Schusterman.

Some might be tempted to conclude that these liberal Jews did this to merely help the Democrats win elections, simply because most of these convicted felons are minority non-Whites who traditionally vote Democrat.  However, that would be only one small benefit in a much larger agenda.  In order for jewish “democracy” to work, we must have mob rule, and that means everyone must vote, including felons and non-citizens.  The idea that you give up your constitutional rights merely because you break the law is “cruel and unusual” punishment.  So is the idea that you can’t vote just because you’re a citizen of another country.

And it’s no surprise to see that George Soros was involved in this campaign, considering that he once wrote that America is the greatest obstacle to the kosher New World Order, and he obviously will do whatever he can with his ill-gotten billions to bring down America so that his jewish vision for the new world can come into reality, and if that means allowing convicted felons the right to vote, then all the better.