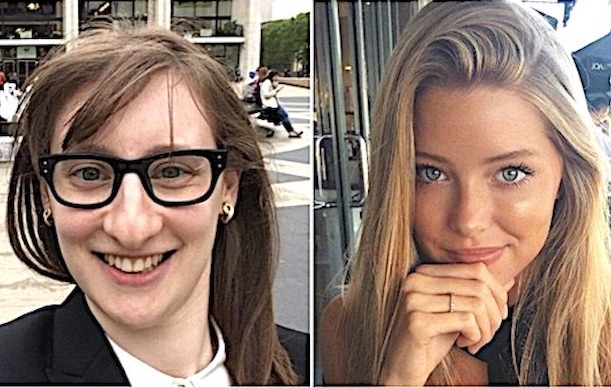 When a prominent American historian employed at the U.S. Holocaust Memorial Museum in Washington, D.C., recently made an innocuous joke about jewish noses, she apparently sent Jews worldwide into panic mode:

In a tweet on December 17, 2019, Dr. Rebecca Erbelding, a staff historian at the United States Holocaust Memorial Museum, who frequently represents it at events around the country, wrote: “At a talk today, asked about my personal background. I confessed that I’m not Jewish, but with a Hebrew first name, German last name, and my nose and hair, I ‘pass’.”

The same week that Erbelding made her remark, UNESCO announced that it was canceling its association with the annual Carnival of Aalst, in Belgium, because the carnival has included a float that mocked Jews by depicting them with huge “Jewish noses.”

Perhaps Erbelding or the Belgian float designers believed they were acting in a humorous spirit. But that misses the point. Wrapping a racist stereotype in a joke does not make it any less racist. It does the same damage—it perpetuates the degradation of the Other. The idea that there is a distinctive “Jewish nose” is one of the oldest anti-Jewish myths. Medieval anti-Semites introduced it in the 12th century CE as a way of singling out Jews for contempt. The nose became “a physical symbol of otherness for Jews,” as Prof. Roy Goldblatt has put it.

Nazi Germany’s propaganda machine made ample use of the “Jewish nose” stereotype. A notorious Nazi film produced in 1940, called “The Eternal Jew,” purporting to expose the “real” Jew, focused on “Jewish faces,” zooming in on Jews’ noses to make them seem unattractive.

…In recent years, the “Jewish nose” lie has been heard from time to time. In 1999, for example, Arizona state legislator Barbara Blewster told a colleague, “You can’t be Jewish. You don’t have a big hooked nose.” Blewster was compelled to publicly apologize, but she continued to insist, “I have no prejudice at all. I admire the Jews.”

…A related episode occurred in Sweden last year. A Jewish woman reported that when she went to a Stockholm police station to have her photo taken for an ID card, an antisemitic officer digitally altered her image to drastically enlarge her nose.

Women in particular have suffered from the “Jewish nose” stereotype. Rachel Jacoby Rosenfield and Maital Friedman, of the Shalom Hartman Institute, have written about how the “Jewish nose” and similar stereotypes have been used to intimidate Jewish women into altering their appearances. “These negative stereotypes have impacted our Jewish psyche and spawned a self-consciousness and communal shame about ‘Jewish looks’,” they point out.

Some scholars see a connection between the Jewish nose stereotype and violence against Jews. In a recent essay, Jonathan Kaplan of the University of Technology-Sydney, noted that Pittsburgh synagogue gunman Robert Bowers invoked classic anti-Jewish stereotypes in his online ravings. “How we speak about and depict others in the media and social discourse perpetuates long-held stereotypes and ultimately emboldens hate-filled individuals,” Kaplan warned.

That, in my view, is what makes the Jewish nose lie so dangerous, and why it is so important for mainstream society to reject it. Stereotypes fuel hatred. Hatred fuels violence. So even when a stereotype is invoked in a supposedly humorous way, it has the same impact.

So, this line of ‘reasoning’ goes: if we notice that Jews often have ugly, large noses, we will magically be transformed into an uncontrollable violent mob with torches and pitch forks looking for Jews to throw into gas chambers.

Jews are in complete denial that they don’t perfectly blend into the larger White society — they seem to honestly believe that they should be able to ‘pass’ as a typical White European.

They cannot.  They never have.

Do they not have mirrors in their homes?  Only to Stevie Wonder do Jews look like White people.

On the other schizophrenic hand, Jews insist on being a separate and distinct ethnic minority.  They want their kosher cake and eat it too.

But as the the famous jewish singer Serge Gainsbourg once said, “Being Jewish is not a religion. No religion makes you grow such a nose.”

And, no, it’s not White ‘antisemitism’ that makes jewish women flock to their jewish plastic surgeons to get expensive nose jobs on their 16th birthdays.

No plastic surgeon has ever been asked by a jewish patient to make them look more like Ruth Bader Ginsburg.

Jews go to plastic surgeons to look more like the ‘oppressive’ and unattainable White ideal of beauty, and they hate themselves for wanting exactly what they profess to hate.

What Jews truly fear is that their unattractive physical appearance may indeed be a reflection of a deeper spiritual malaise, the Mark of Cain perhaps — that belies their self-proclaimed ‘chosen’ status, something that no plastic surgeon, no matter how talented, can camouflage or erase. 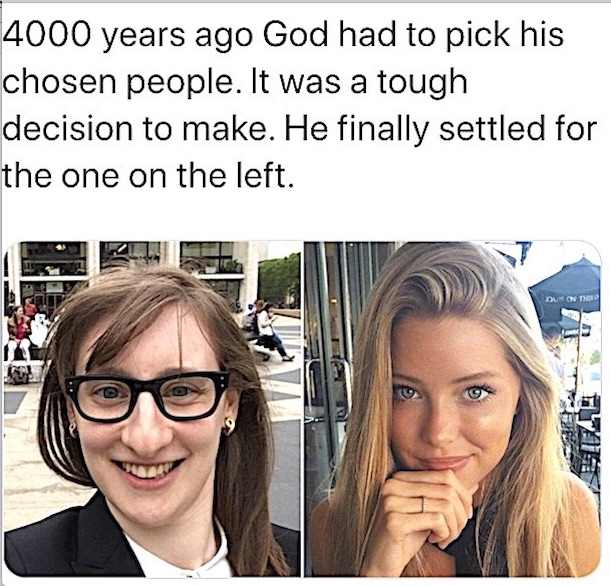