Jews Threaten to Leave England Over Alleged Rise in Antisemitism 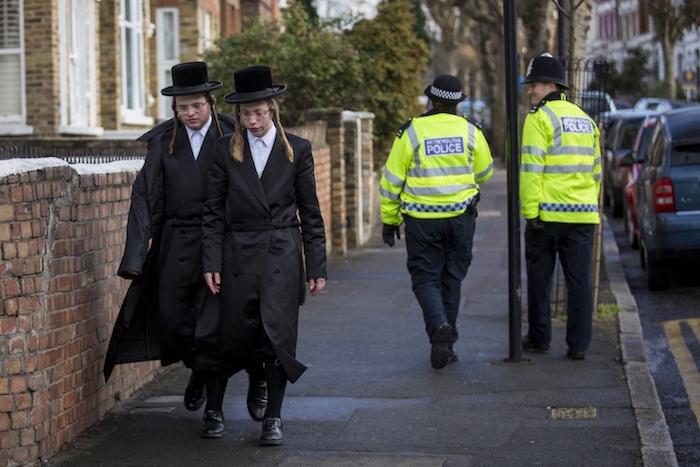 Although no one in England–including the Jews themselves–can seem to agree on an official definition of “antisemitism,” many Jews are so concerned about whatever it is that they are thinking of packing their bags and heading to Israel:

Since the UK took in some 90,000 Jews from the European mainland as World War II loomed, it has been considered one of the safest places in the world for Jews to live. Unlike in neighboring France, where a 2015 terror attack targeted a kosher supermarket and a Holocaust survivor was killed in her home in March, no lethal violence has occurred. But the conversation is changing.

“We are seeing British Jews increasingly talking about leaving and also seeing signs of people actually leaving, not just to Israel, but also to the United States and Canada — and Australia is a destination as well,” said Gideon Falter, chairman of the Campaign Against Antisemitism (CAA).

“Some of our volunteers from the coalition have become aware of so many incidents through their work with us that they have decided to leave and have moved with their families.”

It’s hard to pin down exact figures on how many people have left or are actively considering uprooting their lives, since Israel is the only country globally that specifically tracks the immigration of Jews, Falter said.

Yigal Palmor, communications director for the Jewish Agency for Israel, told CNN that 213 Jews had moved from Britain to Israel between January and June, up 9% compared with the same period last year. However, the total number of people who moved from the UK to Israel in 2017 was lower than in the three previous years.

Palmor said the agency’s UK office had also received more calls and that more people had opened files than last year but cautioned that this would not necessarily translate into more people moving to Israel, a process known as making “Aliyah”. Nonetheless, he said, “Aliyah has become a popular conversation theme among many British Jews and many more are talking about it.”

Some British Jews who have the financial means have started to consider buying property in Israel, Falter said, even if they aren’t planning an imminent move.

So the Jews are instrumental in flooding the U.K. with antisemitic Muslims, and then they hypocritically turn around and complain about the rise in antisemtism.  And then they threaten to leave unless something is done about this “ugly” antisemtism.

And what, exactly, do the Jews want done about “antisemitism”?

Just like in the Soviet Union, they want laws passed that make “antisemitism” a crime with stiff penalties, such as imprisonment–and in certain egregious cases–the death penalty.

Instead of pandering to these jewish threats, the British people would do well to simply help the Jews pack their bags and give them a big send-off to Israel where they belong.