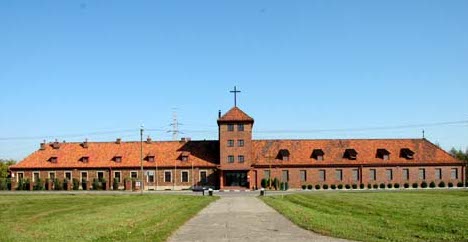 Despite the fact that Poland is more popular than ever as a tourist destination for Israeli Jews, these same Jews continue to viciously attack Poland as one of the most “antisemitic” countries in Europe, merely because it is more concerned about its own people than it is about Jews:

A new study suggests that Holocaust denial is at its worst in Eastern Europe, where “revisionist” governments driven by feelings of “victimhood” try to erase their nation’s culpability in the massacre of Jews.

The study, published on January 25 – just days before Holocaust Remembrance Day – indicates rampant levels of historical revisionism regarding the mass-extermination of Jews under Nazi rule in eastern parts of the European Union. The Holocaust Remembrance Project was conducted by researchers from Yale and Grinnell Colleges and endorsed by the European Union of Progressive Judaism (EUPJ), an umbrella organization which links more than 170 progressive Jewish communities in 17 countries.

“Revisionism” here refers to people minimizing their own government’s complicity, downplaying the number of victims, or claiming that the events of the Holocaust never occurred at all. Based on their findings, the study assigned countries a green, yellow, or red rating, indicating “progress, caution or problems,” in their relation to Holocaust history. Poland, Hungary, Croatia, and Lithuania all received a “red” rating, indicating that these countries have a serious incapability of “living up to their tragic histories.”

Poland is particularly taken to task in the study. The authors describe the country as run by a “right-wing nationalist government” engaged in “competitive victimization, emphasizing the experience of Polish victims over that of Jewish victims.” Aside from rising levels of anti-Semitism and continued reductions in Holocaust education, the country came under fire for a law it passed in January of last year which made it illegal to implicate the Polish state in Nazi crimes.

…While this part of the report focused on countries in Eastern Europe, the rest of the continent didn’t fare much better in recent related studies. One study published around the same time indicated that despite widely available evidence, 1 in 20 Britons don’t believe the Holocaust took place at all.

There can be little doubt that many in the “right wing” Polish government know full well that the official so-called Holocaust narrative is riddled with lies and exaggerations, and so it should come as no surprise to the Jews that the Poles don’t want to be accused of being complicit in a historical event that never happened.  But the Jews have enough power to force the Poles to go along with their hysterical version of WWII, at least publicly.

And of course, the Jews are accusing the Poles of doing exactly what they themselves are doing.  Tens of thousands of Poles died in the German work camps, but whenever the Poles have wanted to commemorate those deaths with an official memorial, the Jews have flipped out, screeching “antisemitism”.  The Jews claim that Auschwitz is the “world’s largest jewish cemetery” despite the fact that no mass graves have ever been found there.  No wonder the Poles are reticent to go along with these accusations that challenge all common sense.  Unlike the Germans, the Poles cannot be coerced into feeling guilty for something that never happened.