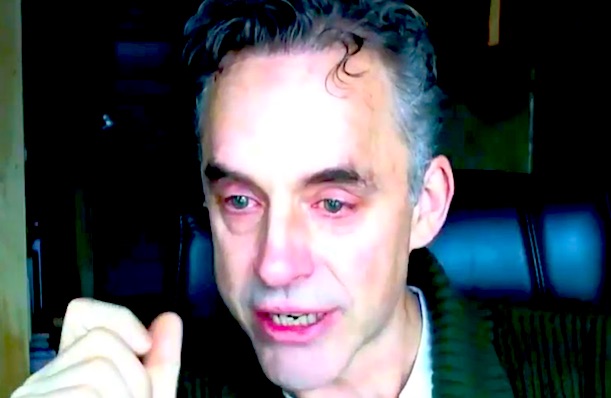 (Daily Dot) Jordan Peterson — the multi-millionaire self-help guru and Judas Goat of the “alt-Right” — has apparently checked himself into rehab to deal with a serious addiction to Klonopin which he appears to blame on his wife’s cancer diagnosis:

Peterson’s daughter Mikhaila made the announcement on her YouTube channel yesterday. Her father twice tweeted a link to it, saying in one, “At least life isn’t dull.”

She says that her mother’s cancer diagnosis and subsequent surgical complication created an unbearable amount of stress for the family, and particularly her father. A doctor prescribed clonazepam, or Klonopin, to help him cope with the anxiety it caused. Clonazepam is an anti-seizure medication that is also prescribed to treat panic disorder.

After her mother went into remission, Peterson attempted to get off the drug on his own. This caused terrible withdrawals, his daughter says. “The reason we’re in New York is because dad’s in rehab using other medications to try and get off this clonazepam.”

Peterson skyrocketed to fame in 2016 for opposing a Canadian bill that protects transgender and nonbinary people from discrimination. In 2018, his second book, 12 Rules for Life, further elevated his persona. Peterson is beloved by the far-right for unapologetically espousing views that have been called misogynist, homophobic, and racist.

….In the video, his daughter says that Peterson checked into rehab for his addiction in order to minimize stress on his wife. She adds that they decided to go public to get ahead of the story….

Peterson’s wife, Tammy, also makes an appearance in the video. She doesn’t speak about her husband’s addiction, which Mikhaila blames on the drug and their ignorance of its addictive nature. Instead, she focuses on the work they may do in the future….

“Apparently he’s writing more about this in his book, so at least it will make the book more interesting,” she says.

Sure, his wife’s cancer was so “stressful” he became addicted the trendy — and highly addictive — Klonopin, which other celebrities — such as Stevie Nicks and Whitney Houston — have used to help break their addiction to cocaine.

Given Peterson’s general hyperactive affect and emotional volatility, his brash Gordon Gekko hairstyle and cockiness, and along with his general messianic complex, it would be wise for his rehab doctors to make sure that he wasn’t taking the Klonopin to deal with another underlying addiction rather than merely the stress of his wife’s cancer.

After all, his wife’s cancer wasn’t so “stressful” that it interrupted his ability to build and run a vast multi-million dollar media empire that also requires him to travel internationally while making countless appearances in the mainstream media.

But even if we take him at his word, in reality Peterson is taking no responsibility for his addiction like a typical addict in denial — blaming the addiction on the drug itself or his wife’s cancer.

What else should we expect from a guy who blames “White Identity” groups as the root of all evil in our society?

He pathologizes white identity with a vitriol that we have often hear coming from Jewish supremacists who are in direct competition with their white host nations.

Peterson — of course — gives Jews a free pass and dares not pathologize their ingroup racial identity — clearly, he knows enough not to bite the kosher hand that feeds him.

And keep in mind that the “intellectual dark web” of which Peterson is a member is loaded with Jews and anti-Muslim zionist apologists and stooges.

For an excellent expose of the intellectual fraudulence of Jordan Peterson, please take the time to watch the short documentary Jordan Peterson Dismantled: 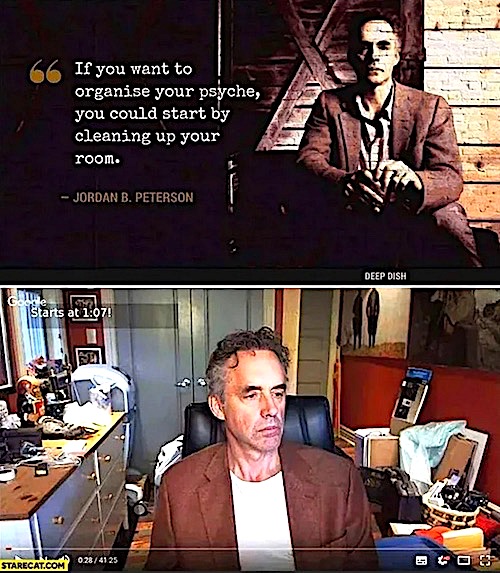 It appears that his daughter — Mikhaila — the designated family spokesperson — is also a fan of prescription medications: