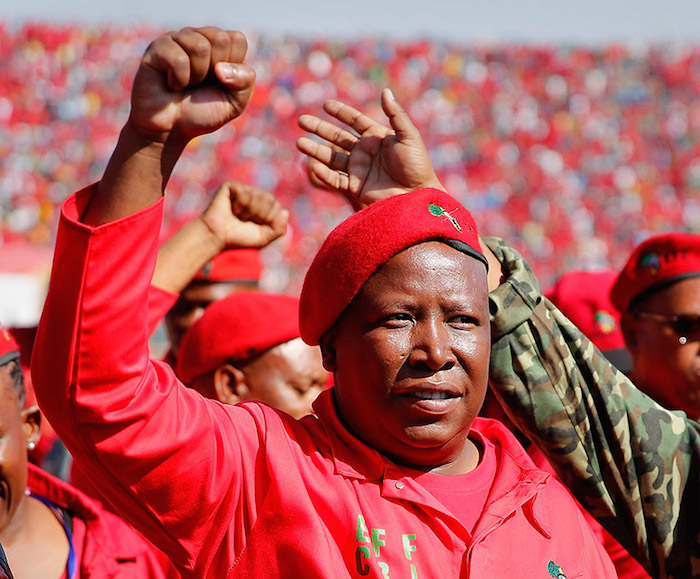 According to South Africa’s popular Black communist leader, Julius Malema, the Jews, who have supported and financed their cause since its beginning, are now secretly training White snipers to kill Blacks:

The party has claimed that it’s aware of white extremists who are opposed to the policy and are training as snipers in Pretoria to kill them.

Malema was addressing the media on Thursday at the party’s headquarters in Braamfontein.

“They will kill us for that. There’s a group of white right-wingers who are being trained by Jews in Pretoria to be snipers…”

He has also accused President Cyril Ramaphosa and the Democratic Alliance (DA) of colluding with AfriForum to sabotage plans to expropriate land without compensation.

This comes after US President Donald Trump’s controversial tweet.

The Jews created this Black golem, Julius Malema, to help destroy White South Africa, so it’s only fitting that their monstrous creation is now turning on them–and essentially throwing the Jews under the bus.  This accusation may cause a panic in the jewish communities in South Africa–causing more Jews to seriously consider relocating to Israel.

Of course, it begs the question–why would the communist-loving South African Jews be against the Black theft of White lands?  That’s what the Jews have been working toward for the last 50 years–and now that it’s within reach, the Jews allegedly are doing an about-face and supporting the White farmers now?

Only the Black followers of Malema are stupid enough to believe this.