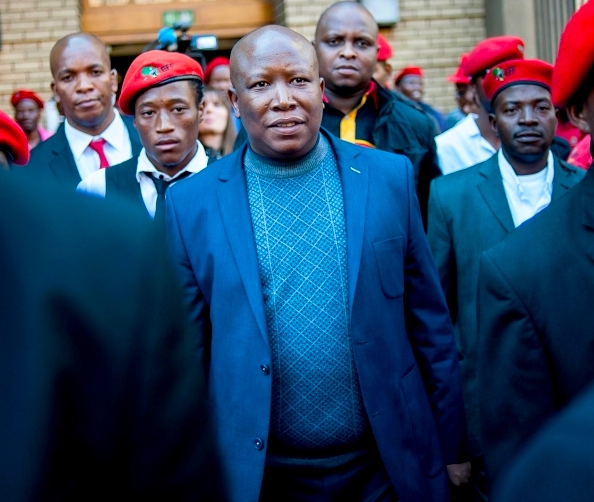 The “incitement” trial of Economic Freedom Fighters’ (EFF) leader Julius Malema is expected to resume in the Newcastle Magistrate’s Court on Friday when Malema will appear on common law charges of incitement to commit a crime:

The charge sheet indicates that the Malema is accused of trespassing in contravention of “Section 1(1) Read as Section 2(1) of Trespass Act 6 of 1959 as amended by Criminal Law Amendment Act 59 of 1983”.

In June 2016, Malema told supporters in Newcastle to occupy land because it belonged to blacks; saying whites could not claim ownership of land.

After his brief appearing at the Newcastle Magistrate’s Court in November 2016, under the Riotous Assemblies Act was postponed — he was released on a warning — Malema stepped outside the court and told his supporters to “occupy the land because they have failed to give you the land”.

“We are not calling for the slaughter of white people – at least for now.”

In 2014, at the EFF elective conference in Bloemfontein, Malema told members they should occupy the land, which led to him being charged for the first time under the Riotous Assemblies Act.

White South African political commentator, Wilhem Petzer has provided an in-depth analysis of Malema’s incitement of violence against Whites in the video below, showing that Malema is cleverly doing so but with “plausible deniability” from a legal point of view.  In reality, Malema is being protected behind the scenes by very powerful forces who are intent upon moving forward with the removal of Whites from South Africa.