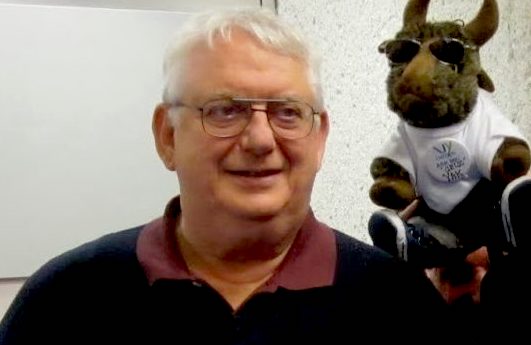 The current president of the New Jersey NJY Camps association is demanding that all 60 members of the board resign after an investigation revealed that despite knowing the former director, Leonard Robinson, was an active pedophile and sexual predator who preyed on at least 11 children over a 25 year period, they did nothing to stop him:

The New York Jewish Week reported Wednesday that Peter Horowitz, the current president of NJY Camps, urged all 60 members of his board to join him in resigning for allowing the former executive director, Leonard Robinson, “to operate for far too long without any real oversight, creating an environment in which his abuse of others was allowed to go unchecked.”

Robinson was forced to resign from his position at NJY Camps, which operates various Jewish summer camps, in April after allegations of sexual misconduct surfaced. An independent investigation into the allegations was completed in September, The Jewish Week reports, but its conclusions only became public when the head of a large New Jersey Jewish federation read the report and called on the entire 60-member board of NJY Camps to resign.

The investigators’ report “is a shameful, damning, heart-breaking and miserable study in leadership failure,” Dov Ben-Shimon, executive vice president and CEO of Jewish Federation of Greater MetroWest, NJ, wrote in a letter to his leadership last week. His letter was obtained by The Jewish Week. NJY Camps is a partner agency of the MetroWest federation.

According to Ben-Shimon’s letter, the report unearthed 11 cases in which Robinson “harassed, abused, mistreated, intimidated and harmed women” during his 25-year tenure as NJY’s top executive. Ben-Shimon also wrote, citing the investigation, that Robinson would use “NJY funds” to “pay off victims.”

Ben-Shimon also writes that the investigation “clearly points to the fact that many in the senior board and past president leadership knew of [Robinson’s] behavior and did nothing to prevent it.”

Horowitz, the president of the NJY Camps board, said he intends to resign “no later than February,” The Jewish Week reported.

If this major scandal involved the Catholic Church or a Christian organization, there would be demands for a Congressional investigation, but because it’s just another jewish organization, the big media will virtually ignore this repulsive story.  Pedophilia is rampant in jewish communities, and the Jews know it, but they are very hesitant to report it because they are far more afraid of bringing negative attention upon Jews than they are about the safety of their own children.  This attitude comes right out of The Talmud, which warns Jews not to report the crimes of other Jews if it will cast the jewish community in a bad light in the eyes of the goyim.

They are so concerned about giving ammunition to antisemites that they will allow known sexual predators to defile their children in hopes that the crime will never reach the eyes and ears of the goyim.  Jews need to understand that the goyim already have enough proof to support their antisemitic “conspiracy theories”; they don’t need to continue to allow their children to be victimized by jewish pedophiles just so antisemites can’t say, “See, we told you so.”  Instead of worrying about what the Catholics are doing, the jewish press should start looking in the mirror and cleaning up their own communities.