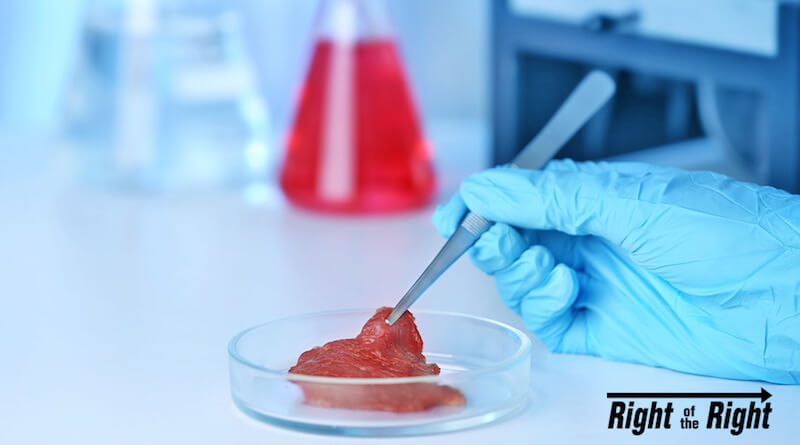 Here you can see the blueprint is revealed for introducing laboratory-grown “meat” to the wider public. In the excerpt below from Food Navigator, they are working to label their fake laboratory product as “clean meat” – which is an obvious attempt to frame real meat as “not clean”:

In 2013, Mosa Meat showed the world what clean meat looks like; ‘Burger 2.0’ will now be ready in under 2 years. But it is not a case of being first, the CEO says. “The global meat market is worth over one trillion dollars. Four companies in a shared field is not an issue.”

Unlike SuperMeat, which has said it will launch a clean meat product that is price-competitive to conventional meat, Verstrate says Mosa Meat will enter the market, targeting high-end restaurants, once it reaches ‘an extremely premium but sellable price.’

“It will be a statement, not a commercial venture,” he adds.

Ironically, this was how potatoes were first introduced to the public in Europe. The aristocracy first had potato patches planted – with armed guards protecting them. The peasants wanted potatoes because the rich were eating them. The same thing was done with black tea.

Now they are doing it with fake meat – or “clean” meat as they want you to call it. Rich celebrities will eat it at exclusive restaurants and rave about it. The public will demand it, and a market will be created for it out of nothing – just like our fake currency.