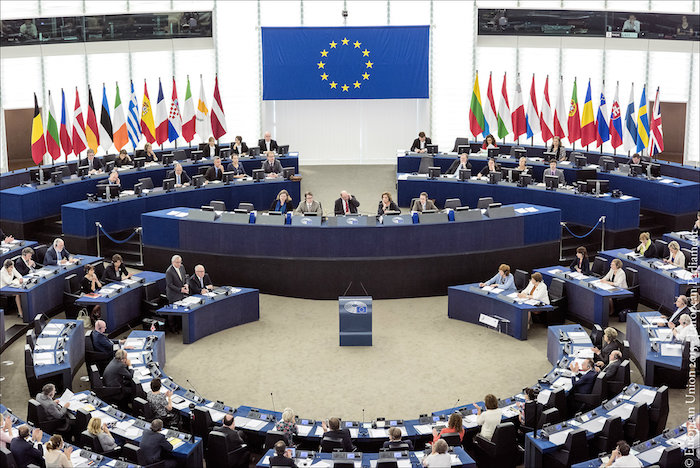 In a resolution passed with 355 votes to 90 and 39 abstentions, MEPs denounced the lack of serious action against “xenophobic,” “racist,” and “neo-nazi” groups and individuals and wants them criminalized:

The text mentions the attack that killed 77 people in Norway in 2011, the murder of UK MP Jo Cox in 2016 and the recent attack by fascist squads in Italy against MEP Eleonora Forenza.

MEPs argue that the impunity enjoyed by far-right organisations in some member states is one of the reasons behind the rise in violent actions, affecting society as a whole and targeting particular minorities such as black Europeans/people of African descent, Jews, Muslims, Roma, non-EU nationals, LGBTI people, and persons with disabilities.

They propose setting up anti-hate crime units in police forces to ensure these crimes are investigated and prosecuted. They also urge national authorities to “effectively ban neo-fascist and neo-Nazi groups and any other foundation or association that exalts and glorifies Nazism and fascism”.

Troubled by reports of collusion between political leaders, political parties and law enforcement with neo-fascists and neo-Nazis in some member states, Parliament calls on the member states to “clearly condemn and sanction” hate crime, hate speech and scapegoating by politicians and public officials, as they directly normalise and reinforce hatred and violence.

Measures are also necessary to counteract the spread of racism, fascism and xenophobia through the internet, in cooperation with social media companies.

The resolution demands that member states and national sports federations, in particular football clubs, counteract the scourge of racism, fascism and xenophobia in stadiums and in sports culture by condemning and punishing those responsible and by promoting positive educational activities targeting young fans, in cooperation with schools and civil society organisations .

EU countries should also set up “exit programmes” to help individuals to leave violent neo-fascist and neo-Nazi groups. MEPs stress the importance of education, to increase history awareness among the youth and call for a clear rejection of the fascist crimes of the past. They underline that the truth about the Holocaust must not be trivialised.

This resolution merely confirms what we have already known — the radical Left that controls the EU does not tolerate anyone who disagrees with them, and they refuse to discuss the matter in open debate because they will be exposed for the frauds and autocrats that they are.  Their modus operandi has always been to smear anyone to the right of them politically as “fascist” while ignoring or minimizing the rampant criminality of the Left.

The rise of political “fascism” in Europe began in the early 1920s among Christian anti-communists as a response to jewish Bolshevism that had consumed Russia.  Thus, anyone who opposed the homicidal radicals in Russia were deemed “fascists” by the Jews in the European and American press who whitewashed their crimes.

Fast forward 100 years, and the Jews in the new Soviet-EU are using the exact same strategy to shut down any dissent, especially “antisemitism” and “racism” against which the Jew Leon Trotsky raged.  That is the real history that the EU doesn’t want anyone to know about.