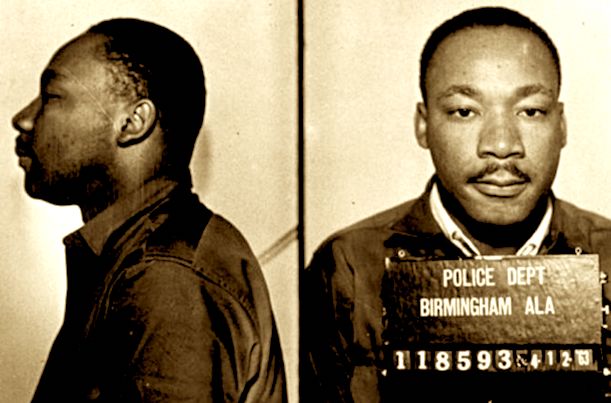 Naomi Shalit, a self-described Martin Luther King scholar, has become disillusioned with the icon of the Civil Rights Movement upon learning about irrefutable evidence recently brought to light about his participation in the gang rape of a woman in a hotel room:

In an 8,000-word article published in the British periodical Standpoint Magazine on May 30, [Pulitzer Prize-winning biographer of Martin Luther King, David Garrow] details the contents of FBI memos he discovered after spending weeks sifting through more than 54,000 documents located on the National Archive’s website. Initially sealed by court order until 2027, the documents ended up being made available in recent months through the President John F. Kennedy Assassination Records Collection Act of 1992.

The most damaging memos describe King witnessing a rape in a hotel room. Instead of stopping it, handwritten notes in the file say he encouraged the attacker to continue.

King was once thought of as a saint beyond reproach. After his death, it eventually emerged that he was a womanizer.

If these FBI memos are accurate – and I have good reason to believe they are – we now have to ask the unthinkable: Was King an abuser? And what might this mean for his legacy?

The FBI files contained some other notable information.

Garrow writes that King may have fathered a daughter with Dolores Evans, a girlfriend of his who is still alive and living in Los Angeles. The memos also detail the closeness of his relationship with Dorothy Cotton, a longtime associate of King’s in Atlanta and director of his organization’s Citizen Education Program. It appears that the two were romantically involved.

Many of these transcripts were based on audiotapes that are still sealed under a court order.

Garrow had taken his findings to other outlets, but each decided against publishing them. The Guardian initially agreed to take the story, edited the piece, paid Garrow for his work and then decided the story was too risky to run. Editors at the Atlanta Journal-Constitution said they didn’t want to run the piece because they couldn’t listen to the actual recordings the documents were based on. Some historians have questioned Garrow’s choice to publish the content of the memos and transcripts without listening to the recordings, and have pointed out that the FBI had spent years trying to undermine King.

Martin Luther King’s elevation to the level of an American cultural icon was the work of jewish communist radicals and their sympathetic supporters in the media, which also just so happens to be top-heavy with powerful jewish interests.  From the very beginning of his career, they hid the dark truth about this jewish Golem from the American public in order to promote their destructive social agenda, which included the radical communist goal of racial integration to undermine White hegemony and thereby move the political center of America to the far Left where Jews exercised enormous influence.

And now Naomi Shalit can no longer reconcile her jewish ideals of feminism with the harsh reality of the real MLK who was not just your run-of-the-mill misogynist but an actual rapist who consorted with prostitutes of all shades and colors.  Of course, her concerns will be ignored as the rantings of a “racist”, and MLK’s fake “legacy” will continue as a multi-million dollar race-baiting industry for the King family whose members seem to be far more interested in the money than they are in the truth of who he really was, which should surprise no one.  And despite all this, MLK will be promoted as a paragon of moral virtue to school children while our Founding Fathers will continue to be demonized as “immoral” slave owners.