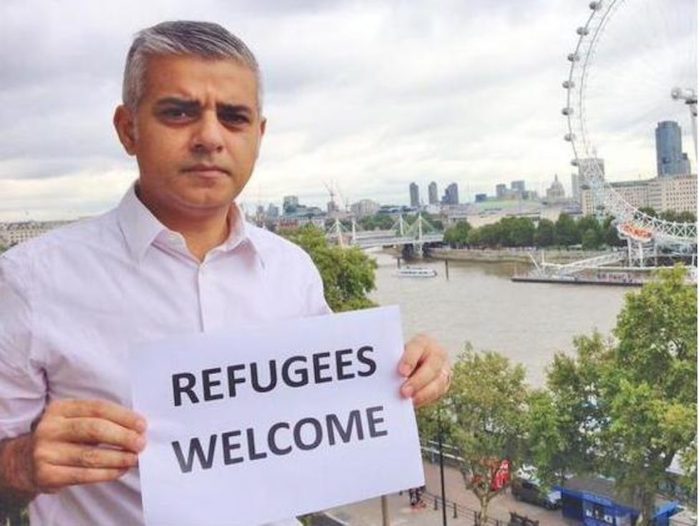 London’s brown clown of a mayor has shown again why he is so popular among his London constituents–he has come up with another brilliant solution to curb the spate of Muslim terror attacks involving cars — ban cars.

London Mayor Sadiq Khan responded to Wednesday’s reported terror attack by suggesting that vehicles be banned in certain parts of the city, particularly near the government buildings where Parliament meets.

Khan told BBC Radio that the important thing was to ensure that the people continued to have access to their government, but that measures to keep members of Parliament safe would benefit everyone.

“I think there would be lots of challenges if we would do the whole square. It is a thoroughfare for cars, vehicles and commercial deliveries going through London. So it’s possible to have a designed solution … in keeping our buildings and people as safe as we can do. And also not losing what is so wonderful about our city that is a vibrant democracy, people can walk around safely.”

Since July of 2016, when a man in a rented truck drove into a crowd in Nice, France, vehicle-based attacks have been on the rise — particularly in Europe where many cities have stricter regulations on guns and knives.

Just a few months ago, Khan issued a public call to young Londoners, challenging them not to “risk” their futures by carrying knives.

While political pundits debate the stupidity of this proposal, no one dares point out the obvious–that London should not have a non-White mayor–nor should it have even one non-White resident.  And if London were White, as it was meant to be, there would be no terror problem, just like in Poland.

There is only one way to rid Europe of all terror threats–ban all Muslims and their jewish enablers.  Muslims belong in their native countries, and Jews belong in Israel.  And the only way this is going to happen is if–and when–White Europeans return to their Christian warrior roots and confront these enemies head on.