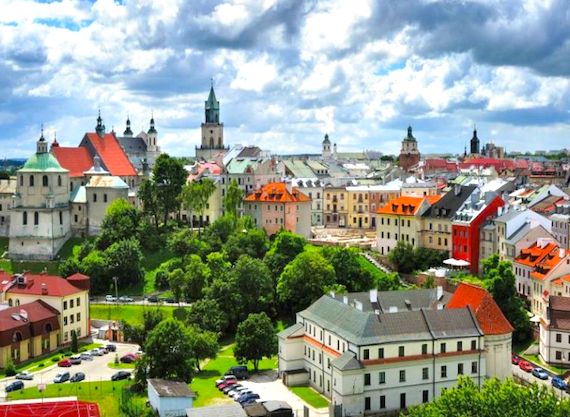 As part of ongoing efforts to combat the advance of the LBGT agenda, the Voivode of Lublin, Poland, Przemysław Czarnek, announced, “I will be able to honor representatives of the regional council with an appropriate medal and diploma in relation to the resolution that I hope they take”:

The adoption of the position was supported by 24 councilors, all from PiS and PSL. Three representatives of the Citizens’ Coalition opposed: Krzysztof Komorski, Krzysztof Grabczuk and Bożena Lisowska. The others did not take part in the vote.

In his speech, the voivode of Lublin stated that for a long time “a great impact on the unity of the community of the Polish nation” has been seen. Whose job is it? – It’s Satan. Let’s call things by their names. If Satan wants to hit this community, he hits the family. If he destroys the family, he will destroy the nation – says Przemysław Czarnek.

The voivode thanked the local government for opposition to the “LGBT ideology, which is contrary to the Constitution of the Republic of Poland”. – They walk on the streets and shout “constitution, constitution” without knowing what is written in it and not seeing that this constitution has not been observed since 1997. For many years we did not care for the basic cell of the nation, which is the family – explains Czarnek

He believes that the Church must stand in truth and purify itself, but we must also find the reasons for such behavior. – If we really want to act in defense of the family and the child, let us talk honestly about this crime. It is fair when we say what is the role of homosexuality in this crime and why homosexuality is the main cause of pedophilia in the church – adds the voivode.

This ideology demands unjustified privileges for this minority group. These privileges would be realized at the expense of the family. We remind you of the principles of law and good customs that apply in Poland – says Radosław Brzózka, a member of the board of the Świdnik country.

Today, the voivode of Lublin distinguished nine local governments. In addition to the Świdnicki poviat and the commune of Mełgiew, the medals were awarded to: the voivodship of Lublin, city of Ostrów Lubelski, Rycki poviat, city of Świdnik, city of Urzędów, commune Wilkłaz and Zakrzowek. On behalf of the regional council, the PiS and PSL councilors received the medal.

Of course, sodomites in Poland claim to anyone who will foolishly listen that they are a “persecuted” minority, but it never occurs to these self-destructive narcissists that normal (yes, normal) families, especially in a still-Christian nation like Poland, feel persecuted by these sodomites in their efforts to normalize their emotional and developmental disorders, along with their desire to indoctrinate young, impressionable children into their so-called “lifestyle” choice.

Unlike countries in western Europe, it is obvious that the Poles still have a healthy desire not only to just survive but also to thrive.  Now that they have thrown off the shackles of jewish communism, they have no desire to return to that death cult that the West is now embracing under such deceptive propaganda terms as “democracy”, “diversity”, and “inclusiveness”.  Poland has shut down its borders, declared Christ is their one and only King, and defied the rest of Europe by insisting that Poland is for Poles, a revolutionary act that has made them hated by the nation wreckers.