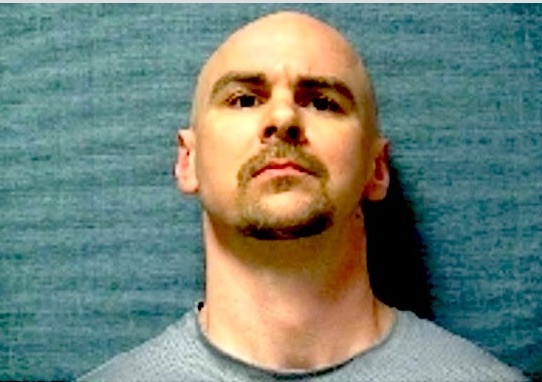 (Algemeiner)  According to the Jewish press, an Ohio man who was seen displaying an antisemitic™ sign at a COVID-19 lockdown protest in Columbus, Ohio, in April also later allegedly ‘threatened Jews’ near Kent State University in a bizarre separate incident in early May and is still on the loose:

The Cleveland Jewish News reported that Jackie Congedo – the director of the Cincinnati Jewish Federation’s Jewish Community Relations Council — spoke about the incident during a webinar on coronavirus-related antisemitism last week.

Describing a man at the Columbus protest who was carrying a sign that portrayed a religious Jew as a rat under the words “the real plague,” Congedo said, “Fast forward several weeks after this protest and law enforcement is actually investigating a subsequent incident where we know that he entered a convenience store around the anniversary of the Kent State shooting in that area wearing a black T-shirt with a Nazi symbol and swastika, black tactical pants and boots, a Nazi tattoo on the back of his head.”

“And he had a hatchet and a machete, and he was asking where he could find Jews,” Congedo said. “He told the clerk he was an Aryan Brother, for those of you who may not be familiar with the Aryan Brotherhood, which is a Nazi organization, and he said that he intended to go to Kent State to find Jews.”

The incident apparently took place on May 3.

The police in the town of Stow, where the convenience store incident occurred, did not confirm the suspect’s name, but Lt. Dennis Garren of the Canton Police Department said that it was Matthew Slatzer, 36, of Canton.

“I work very closely with our local synagogue, and we’re very aware of the threat that Mr. Slatzer poses to the Jewish community, and are in constant communication with the synagogue about the safety and security of their congregation,” Slatzer said.

State Representative Casey Weinstein said of the incident, “When you see people take that next step of making threats and action toward violence, it’s very sobering. And it reminds me of the stakes of the fight we’re in right now.”

In April, Weinstein had posted an image of the man believed to be Slatzer on Twitter.

Sure, a ‘Neo-Nazi’ in full regalia walks into a convenient store, explains to the clerk that he’s an Aryan Brother “looking for Jews.”

Only a demented and paranoid Hollywood screenwriter could make this stuff up — and most likely did.

If this incident were true, an FBI SWAT team would have located Slatzer within hours and arrested him, but somehow he’s still on the loose ‘looking for Jews‘ apparently to hurt or kill.

And get this, according the Cleveland Jewish News, Adam Hirsh, executive director of Hillel at Kent State University, claimed that “[We] were asked to keep this matter private as to not compromise an ongoing legal investigation…”

But they obviously disregarded this request from the police — but the mainstream media strangely obeyed.

Of course, according to this cartoonish script, Slatzer will eventually be arrested “just in the nick of time” before he can attack a synagogue with ‘assault weapons’ that anti-gun groups want to make illegal or some such nonsense.

And like Frank Collin, the leader of the American Nazi Party in the 1970s, don’t be surprised to eventually find that Matthew Slatzer turns out to come from a nice Jewish family — or even more likely, is an FBI informant.

According to a Jewish watchdog website, Slatzer allegedly has an extensive criminal history, which includes acts of violence, which makes all the more unlikely that this boogeyman is still free to walk around the country ‘looking for Jews’ unless he’s an FBI informant looking to recruit unstable, unhinged White stooges.

Yes, this machete-wielding Neo-Nazi apparently has an 11-year-old daughter whose birth was announced in the local Canton, Ohio press in 2009 — and less than a year later he was allegedly arrested for ‘domestic violence’, presumably against his daughter’s mother.

It seems extremely unethical for both the Jewish press and watchdog groups like the ADL not to warn Jews everywhere that this dangerous ‘Neo-Nazi’ is still free, allegedly roaming the country, ‘looking for Jews’.

Unless, it’s not what it appears to be.