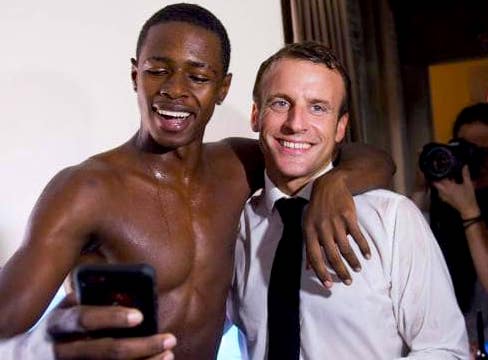 French President and Rothschild stooge Emanuel Macron penned a new open letter to the Yellow Vest protesters and French nation in general, promising that all subjects will be open to a national debate, except Third World immigration:

…In order for hopes to dominate fears, it is necessary and legitimate for us to ask again together the great questions of our future.

That is why I have proposed and am launching today a major national debate that will take place until March 15.

In recent weeks, many mayors have opened their mairies up so that you can express your expectations. I have had a lot of feedback that I have been able to take into account.

We will now enter a broader phase and you will be able to participate in debates near you or express yourself on the internet to put forward your proposals and ideas.

In the French mainland, in the overseas regions and territories and with French nationals residing abroad. In villages, towns, districts, at the initiative of mayors, elected officials, community leaders, or ordinary citizens… In parliamentary assemblies as well as regional or departmental ones.

Mayors will have an essential role because they are your elected representatives and therefore the legitimate intermediary for citizens to express themselves.

For me, there are no forbidden questions. We will not agree on everything; that is normal, that is democracy. But at least we will show that we are a people who are not afraid to speak, to exchange, to debate.

Our country has always known how to welcome those who have fled wars and persecutions and sought refuge on our soil: this is the duty of asylum, which cannot be called into question. Our national community has also always been open to those who, born elsewhere, have chosen to move to France, in search of a better future: this is one of the ways in which France has been built.

So the one issue that is tearing Europe apart — the importation of non-White Third World refugees — is not going to be part of the open French national debate over the fate of the country.  Had it not been for the refugee crisis, it is highly unlikely that the Yellow Vest protests would ever have occurred, at least not to the degree that they have.  As Macron himself admits, French taxes are extremely high to pay for these useless eaters who have nothing to offer the French nation except violent crime and perpetual welfare dependency.

As long as France insists on abiding by the Judeo-Masonic buzzwords, “liberty, equality, and fraternity,” France will continue its downward death spiral into the abyss.  As long as it insists that France remains a “secular” non-Christian nation, it will continue to be ruled over by a tyrannical jewish oligarchy of Rothschild agents who will control every word that comes out of their mouths.  Secularism is Judaism masquerading as universal freedom.  France can debate with the ruling wolves as much as they want, but the sheep will continue to be on the dinner menu.