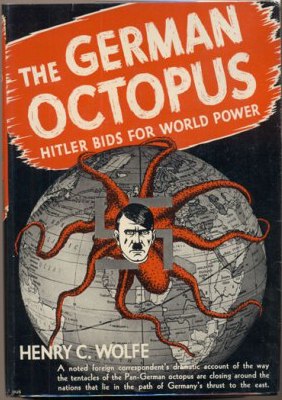 The largest public broadcaster in Holland, Nederlandse Publieke Omroep, has deleted an “antisemitic” reference to George Soros in a recent article about a bomb that was delivered to his home:

Holland’s main public broadcaster referred to George Soros as “The Jew Soros [who] supports organizations openly critical of governments and has tentacles” in American politics.

The assertion was removed from an online article following an outcry on social media.

The text, which critics said is reminiscent of 1930s propaganda, was removed following complaints from an online article published by the NOS broadcaster on Tuesday evening about an explosive device that was found near the New York home of Soros, a Hungary-born liberal billionaire who is the target of many anti-Semitic conspiracy theories on the far right and far left. It was found in the home’s mail box and he was not home at the time.

Yoeri Albrecht, the director of the De Balie events venue, which hosts prestigious political debates and events, wrote on Twitter: “Has NOS hired someone from Der Sturmer?” – a reference to the pro-Nazi German weekly whose trademark was vicious and dehumanizing anti-Semitic propaganda. “How dare a Jew criticize government like that,” Albrecht added sarcastically.

NOS reacted to the criticism on Twitter, saying: “An earlier version of this article about George Soros contained unfortunate formulations.”

In a statement, NOS called the language it used to describe Soros “careless and incorrect.” Editor-in-chief Marcel Gelauff told the NRC daily that it was “absurd” and “wrong,” and that it was meant to show how Soros’ critics “frame” him.

Last year, NOS apologized for its coverage of soccer fans from one Dutch soccer team who chanted about slaughtering Jews. The report should have mentioned that fans of other teams also use anti-Semitic chants, NOS said. According to many Jewish critics of NOS, it has an anti-Israel bias — a claim the broadcaster categorically denies.

Likening the jewish George Soros to an octopus with tentacles reaching around the world and enveloping it is certainly “antisemitic”, but the question is: is it true?  Is George Soros jewish?  Yes.  Has he used his billions to exert his political influence in different countries around the world, including America?  Yes, even Fox News admits that.  Does George Soro’s jewishness have anything to do with his radical Lefist politics?  Yes, Jews are overwhelmingly liberal and support his agenda.  Facts are “antisemitic”.

Interestingly, the Jew who wrote this article conveniently failed to mention that during WWII, a Jew named Henry Wolfe wrote a book titled “The German Octopus” about how Hitler allegedly intended to take over the entire world, but no one accused Wolfe of perpetuating false and dangerous stereotypes of Germans.  To claim that Hitler wanted to take over the world is “historically accurate” whereas to claim that Jews want to do the same thing is an “antisemitic canard”.  Such hypocrisy creates antisemitism.