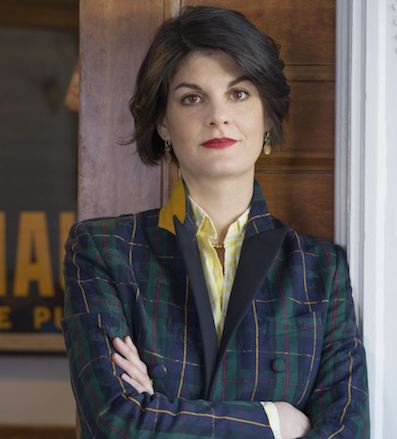 A German author’s graphic memoir about what she calls the inherited sin of the Holocaust won the prestigious National Book Critics Circle award:

On Krug’s website, “Belonging” is described as being rooted in how “the simple fact of her German citizenship bound her to the Holocaust and its unspeakable atrocities and left her without a sense of cultural belonging.” She knew little about her own family’s involvement in World War II and “though all four grandparents lived through the war, they never spoke of it,” according to the site. The book follows the author’s research into her family’s history in archives, flea markets and interviews.

Other winners announced during the ceremony at the New School include “Milkman,” a novel by Irish author Anna Burns that surprised most readers last year by winning Britain’s Man Booker Prize.

The anti-Nazi propaganda that has been drilled into Germans’ minds since the end of WWII is really inconceivable for most people today.  From the time they are children, Germans have been told what horrible people their ancestors were for not treating the Jews in Europe they way they had come to expect to be treated.   They accused the Germans of all kinds of fictions that never happened just to make them feel so bad about themselves that they would never dare cross the Jews ever again.  And they award Germans like Krug who encourage other Germans to abase and hate themselves.

And in large part this massive propaganda campaign has worked brilliantly.  Despite seeing hundreds of their women and children raped and murdered by Third World Muslims and Africans who now roam Germany’s streets with impunity, the Germans continue to welcome these invaders, hoping to please their jewish thought police, believing that perhaps one day the Jews will pronounce that the German people will finally be completely denazified, a day that will never happen until that last ethnic German has been bred out of existence.  Then the Jews can breathe a collective sigh of relief.  “Amalek” is finally no more.