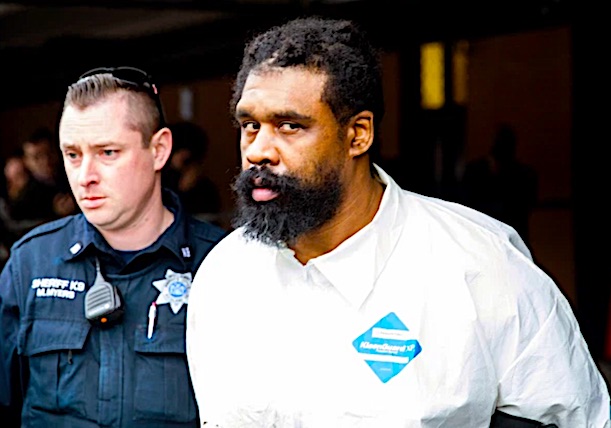 A judge has ruled that Grafton Thomas, whose stabbing attack at a Hanukkah celebration left Josef Neumann dead and motivated New York State to pass special ‘hate crimes’ legislation to deter such attacks, is not mentally fit to stand trial:

The 37-year-old Thomas was charged in the December 28 attack that left five people wounded. The most critically injured victim, Josef Neumann, 72, died of his wounds in late March, three months after the attack.

Federal prosecutors said Thomas targeted congregants celebrating the seventh night of Hanukkah at the Monsey home of Rabbi Chaim Rottenberg because of their Jewish faith.

Thomas has pleaded not guilty to attempted murder and other charges.

Judge Cathy Siebel wrote that Thomas should be committed to a treatment facility for no more than four months to determine if he can reach “the capacity to permit criminal proceedings to go forward against him.”

The ruling only applies to Thomas’ trial for federal hate crimes, noted AP.

Federal prosecutors have said Thomas had handwritten journals containing anti-Semitic comments and a swastika, and had researched Adolf Hitler’s hatred of Jews online.

One of the prosecutors has said in the past that if Neumann dies of his wounds, Thomas could face the death penalty.

Thomas’ attorney Michael Sussman has argued from the start that his client was not motivated by anti-Semitism and has struggled with mental illness for years.

So it appears that the killing of Josef Neumann by an insane Black man was not motivated by ‘antisemitism’ or ‘hate’ after all.

Does this mean that New York State will rescind their new draconian law named after Neumann that elevated ‘hate crimes’ to the status of domestic terrorism?  Don’t hold your breath.

This case clearly demonstrates the absurdity of so-called ‘hate crime’ laws — people don’t attack or kill other people because they like them, but for a court to decide what is acceptable motivation for a crime and what is an ‘aggravating’ motivation based on what society deems ‘politically incorrect’ is a slippery slope that can never be judged fairly and impartially.

What matters is whether or not a crime was committed, not the political opinions of the person committing the crime.

Ironically, Jews have been pushing to make ‘antisemitism’ a form of mental illness — so that ‘antisemites’ can be deemed insane by a court and thrown away in mental hospitals.

Only someone who suffers from a mental illness would think that anyone who dislikes them is mentally ill.

What if an ‘antisemite’ like Grafton Thomas has a real unlying mental illness on top of his ‘antisemitism’?

Only a rabbi could possibly sort out that complicated legal conundrum.