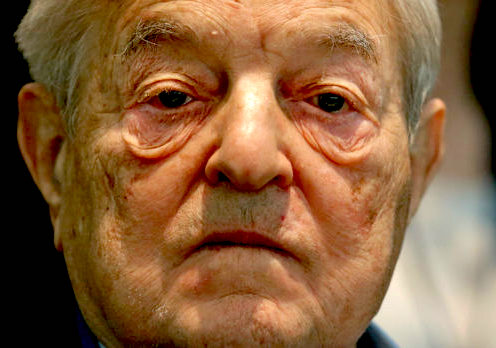 At least eight staff members of a US government-funded media company that broadcasts in Cuba have been fired for airing a segment that referred to George Soros as a “multimillionaire Jew” who was “the architect of the financial collapse of 2008”:

The three-part report on Radio and Television Marti, which broadcasts news to Cuba to promote American foreign policy interests, also called Soros a “left-wing billionaire of Hungarian-Jewish origin” and a “nonpracticing Jew of flexible morals” and raised far-right conspiracy theories about him.

The original broadcast aired in May; it gained traction at the end of October when a blog on Cuban issues, The Cuban Triangle, raised questions about the broadcast after Soros received a bomb threat.

The firings come after a months-long investigation by the Office of Cuba Broadcasting, which oversees the Marti stations, the Miami Herald reported. The office falls under the jurisdiction of the US Agency for Global Media, or USAGM.

John Lansing, director of the USAGM, issued a statement Wednesday which said the report should have never aired.

The report was “a blatantly anti-Semitic video segment about George Soros that was deeply offensive and wholly inconsistent with our professional standards and ethics. OCB should have never aired it,” Lansing said in the statement.

Soros, a Holocaust survivor and philanthropist who funds liberal and pro-democracy causes, has been a frequent target of the far right in the United States and abroad, who often invoke anti-Semitic tropes to exaggerate his influence in politics and economic affairs.

You can say George Soros is a wealthy, altruistic philanthropist who works for the betterment of society, but you can’t say he’s a wealthy Jew who funds radical liberal causes that undermine the fabric of western culture — that would be antisemitc whether it’s true or not.  Just because something is true doesn’t mean that it can’t be antisemitic.  In fact, if it’s true, chances are it will be very antisemitic, which is why censorship is so important.

Soros has spent hundreds of millions of dollars supporting radical left-wing causes, and to point that out isn’t antisemitic until you dare to suggest that his support is anything less than desirable.  Jewish wealth and influence is absolutely a taboo subject because Jews worry that the goyim might “misinterpret” the meaning of it.  After all, one of the most common antisemtic “canards” is that Jews are “wealthy” and “influential” rather than poor and self-sacrificing.  Where would people get such an inaccurate portrait of the jewish people?