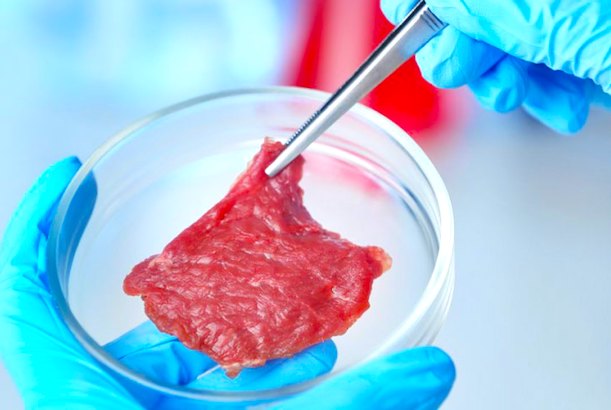 The plot to the dystopian science fiction movie, Soylent Green, continues to gain traction in ultra politically-correct and socialized nations like the Netherlands where ‘meat replacement products’ are allegedly becoming increasingly popular:

Dutch are increasingly replacing meat with products made from, for example, beans, soy, chickpeas, mushrooms, cauliflower and herbs. Since 2017, the number of meat substitutes in Dutch supermarkets increased by 51 percent. While in that same period, the sales of beef, pork, and game meat decreased by 9 percent. Chicken sales still increased 2 percent, though the decline seems to have started there too. In the first half of this year, chicken sales fell 0.4 percent.

The increasing popularity of meat replacements can also be seen in the Netherlands’ two largest supermarket chains, Albert Heijn and Jumbo. At Albert Heijn, the number of vegetarian options increased by 33 percent since 2016 to 100 different products. Jumbo now has almost 200 meat substitutes on its shelves.

One of the reasons consumers are more willing to consider meat substitutes, is climate change. The meat industry is responsible for a lot of emissions, especially when compared to plant-based alternatives. The production of 1 kilogram of steak causes over 57.9 kilograms of CO2 emissions, while the same quantity of tofu releases 5.8 kilos of CO2, according to NOS. A kilo of chicken – the least polluting meat – produces 13.4 kilograms of C02, while a kilo of the average vegetarian burger produces only 4.1 kilos of CO2. For some consumers, concerns about animal welfare also play a role in their decision to buy less meat.

“You will have to change along”, Gerard Steltenpool, who has been a butcher in Hoevalken for 50 years and an avid meat eater, said to NOS. “But we butchers are very innovative, so we are going to work with those meat substitute.”

“I would prefer to continue for ten years with only traditional meat”, Roy Bolscher, director of the family-run meat processing business of the same name in Enschede, said to the broadcaster. “But I don’t see a future in meat alone.” This year Bolscher is launching a vegetarian line. They hope that their vegetarian patties and croquettes will form a quarter of their turnover by 2029. “Continuing on the same footing is no longer an option. Food does not always have to be animal, we know now.”

Roy Bolscher, the director of the largest meat processing business in the Netherlands, doesn’t have a particularly “Dutch” sounding name, but we’ll leave that aside.  He heads a meat company that is trying to reduce the amount of meat it sells.  Imagine the owner of a oil company claiming that his company is trying to sell less oil.  But apparently Bolscher is so concerned about ‘global warming’ that he’s willing to sacrifice his own business interests to save the planet one less hamburger and one more chickpea at a time.

Or perhaps Bolscher has a less than altruistic motive, such as making real meat so expensive through ‘carbon taxes’ placed on it that only the “elite” can afford it while the proletariat, the unwashed masses become docile on largely vegetarian diet that’s more suited for cattle than humans.  And once the Netherlands goes almost completely vegetarian, they will be praised by their overlords with fake weather reports showing how summer temperatures are finally falling thanks to their efforts.