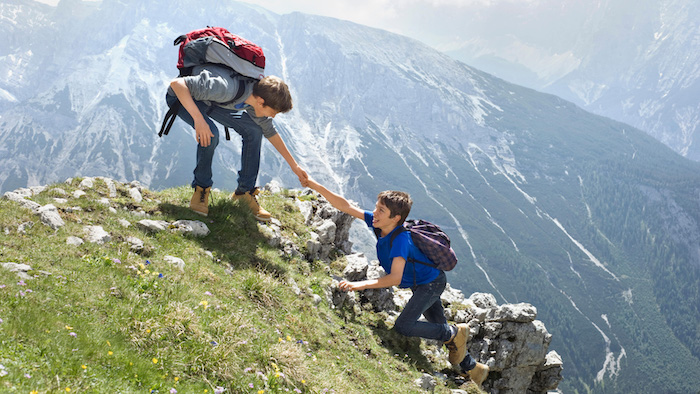 David Labistour, the CEO of Mountain Equipment Co-op (MEC), has apologized for decades of company advertising that targeted White customers and ignored people of color:

In a surprising apology, Mountain Equipment Co-op, the Canadian outdoor apparel giant, admitted to helping advance the “vastly incorrect notion” that the outdoors is for white people only, criticizing decades worth of its own advertisements and catalogues for depending almost exclusively on white models to sell wares.

“Outside is for everyone,” MEC CEO David Labistour said in an open letter Monday. “It’s time we acted like it.”

It was an unorthodox move, since the apology wasn’t pre-empted by scandal — as has become the norm — but by quiet feedback, as well as an online survey of outdoor leisure and sport habits across the country, according to the company. In an interview Tuesday, Labistour said the tendency to use white models in advertising had “just been a traditional thing.”

“It’s how we grew up. It’s a historic part of our organization and the industry,” he said. “It’s been our industry paradigm. And it’s been, kind of, what we’ve always done. And sometimes we have to shift that paradigm.”

Monday’s apology was coupled with the unveiling of a new MEC “initiative,” bent on changing “the way we represent the outdoor community.” The move, MEC clarified in a statement, comes after employees and co-op members requested more diversity in the company’s ads.

“We know we’ve been part of the problem,” Labistour wrote. “This initiative isn’t about patting ourselves on the back. It’s also not about me, another straight white male with a voice in the outdoor industry.”

Asked how he would respond to someone who saw the move as cynical — as an attention grab or an attempt at simply broadening the company’s consumer base — Labistour said: “I can understand the cynicism because the world is full of cynicism right now.”

“The reality is that our purpose is to get everyone active and outdoors, and everyone means the spectrum of the Canadian demographic,” he said. “If we’re not representative, we’re not a viable organization.”

The findings, however, run contrary to doctoral research by Jacqueline Scott at the University of Toronto’s Ontario Institute for Studies in Education. In an interview with the National Post in May, Scott suggested people of colour face cultural barriers to outdoor activities.

“There is a sense that the outdoors is a white space, that people of color don’t belong in that space,” Scott said. “People of colour want to do it, but they need a bridge to get them there.”

Scott, too, blames advertisements from wilderness outfitters for helping solidify the outdoors as a white person’s realm, comparing it to the notion of “visual apartheid.” “Look in the outdoor catalogue, you don’t see us,” she said in May. “Look at outdoor recreation in general, you don’t see us.”

Reached by phone Tuesday, she welcomed MEC’s move but noted that “sticker diversity is easy,” while lasting organizational diversity, in management and the workforce, is the more difficult next step.

This supposed online survey that claims there are more people of color participating in outdoor sports than Whites is fundamentally ludicrous and fake.  Anyone who has participated in any of these sports knows that they are all lily White.  One could go backpacking for 30 years and never see a Black or Asian in the mountains.  Good luck ever seeing a Black water or snow skier.  There might be one somewhere, but it’s a needle in a haystack.  To answer the question posed in the title of the original article, “Yes, outdoor sports belong to Whites.”

Anyone who has watched the Winter Olympics knows without even thinking about it that they are 99% White, and therefore “racist”.  The National Park System has spent millions of dollars to lure people of color to the park to no avail.  They have given Blacks and non-Whites jobs in the parks to attract non-Whites, and that, too, has failed to change the fact that only Whites are interested in outdoor sports.

Even if MEC “diversifies” their catalog, they won’t change the fact that people of color will not buy their products or start mountain climbing.  In fact, White people might be turned off by the blatant pandering to “diversity” and decide not to buy MEC products out of sheer “inclusion fatigue”.