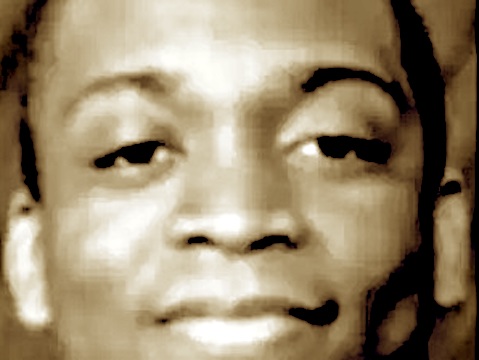 Yesterday’s mass shooting in Virginia Beach that left 12 people dead has left the liberal, jewish-controlled mainstream media searching for answers, as the identity of the shooter, DeWayne Craddock, a middle-aged Black man using a legally-purchased handgun, not an “assault” rifle, did not fit their anti-White racial agenda:

Twelve people were killed and five injured Friday after a shooter opened fire at the Virginia Beach Municipal Center in Virginia, officials said.

Responding officers shot the suspect, who also later died, Virginia Beach police Chief James A. Cervera said at a news conference. Among the injured was an officer who was shot by the man and was expected to recover, authorities said.

“He was saved by his vest,” the chief said, later adding: “He was attended to at the scene” before being transported to a hospital.

The suspect, identified by federal law enforcement as DeWayne Craddock, was described by the chief as a “longtime” employee of the city. The shooting, he said, was indiscriminate.

The suspect recently purchased multiple firearms legally, a federal official told NBC News. Cervera said the shooter used a semiautomatic handgun and had multiple extended magazines. He also had a suppressor that muffles the sound of gunfire.

A motive has not been determined, authorities said.

Mayor Bobby Dyer said, “This is the most devastating day in the history of Virginia Beach.”

Five survivors were treated late Friday at Sentara Healthcare hospitals in Virginia, said spokesman Dale Gauding in a statement. Three were critical and was in fair condition, he said. A fifth person was treated and released.

Of course, if the shooter were White, the FBI would have stormed his home and confiscated his computer to find out what “white supremacist” websites he frequented and immediately leak that information to the ADL, SPLC, and all major news outlets.  But because this mass murderer is Black, the websites he visits have no relationship to to his violent crimes.  After all, what if his favorite news sites were CNN and ESPN which continually stoke the anti-White hatred agenda among Blacks?  Would CNN and ESPN ever be accused of being  “extremist” news sites that incite fellow liberals to violence?

So the last two mass public shootings have been perpetrated by non-Whites and liberals, not by those dangerous “White supremacists” whom we’ve been told are the “greatest threat” to America.  Virtually every shooting in Chicago, America’s most violent city, is caused by Black liberals with handguns, but no one is saying, “Black supremacists” and “handguns” need to be banned.   The SPLC admits Black Nationalists are the most violent group in America, but they claim that they are violent only as a reaction to White supremacists, of course.

The media will remain silent on this horrific mass murder, unless they find out that DeWayne Craddock was angry at his “racist” White boss who fired him; that way the “official” racial narrative can continue ad nauseum.