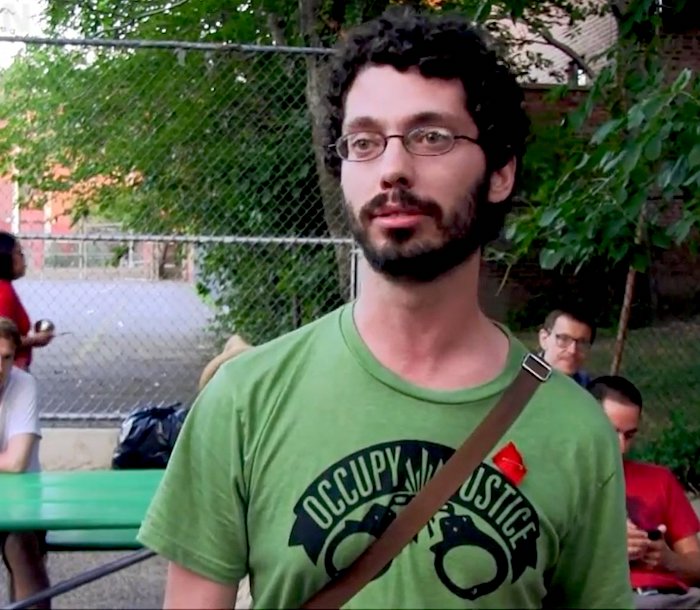 Tucker Carlson’s Right Wing mainstream political blog, The Daily Caller, has run an extensive expose of the violent radical Antifa leader, so-called Jose “Chepe” Martin, aka Jose Alcoff, aka Joseph Alcoff, but failed to mention that he is jewish:

Smash Racism DC organizer Jose Martin, also known as “Chepe,” is a radical communist and Antifa leader operating in the U.S. He advocates for the violent overthrow of the government and for the murder of the rich and claims to have international involvement in left-wing movements.

Smash Racism DC is the Antifa group that protested in front of Fox News host Tucker Carlson’s house and berated Sen. Ted Cruz at a restaurant until he and his wife were forced to leave. It’s only one of the Antifa leader’s radical left-wing projects.

But the agitator has made great efforts to separate his fanatical personas from a third identity, his legal name: Joseph “Jose” Alcoff. Under that identity, the 36-year-old has worked as a payday campaign manager for Americans for Financial Reform since 2016, where he advocates for reforms of predatory loans before members of Congress.

Alcoff left nearly no connections between his real identity and Jose Martin and Chepe, but a Daily Caller News Foundation investigation of public records, social media posts, media reports, books, protest videos and podcasts dating back to 2004 found that all three identities are actually one person, posting online from the Twitter handle @Sabokitty.

Alcoff, who’s been involved in radical movements for decades, seeks to create “a world that is without capitalism, without private property … that is socialist and communist,” he’s said as Chepe.

He’s been an organizer for left-wing movements such as Occupy Wall Street; has close ties to left-wing legal groups such as the National Lawyers Guild; has conducted legal trainings for protesters as a member of Cop Watch; and has frequently appeared on mainstream and far-left media to discuss his radical vision for society.

Meanwhile, in his professional capacity as Alcoff, he’s been quoted in press releases from Democratic Sens. Dianne Feinstein of California and Tammy Baldwin of Wisconsin and appeared at an event with Democratic Rep. Don Beyer of Virginia outside the Consumer Financial Protection Bureau in March and has been pictured alongside Ohio Democratic Sen. Sherrod Brown and California Democratic Rep. Maxine Waters.

…Alcoff rose to prominence in Antifa circles as Chepe during the Occupy Wall Street protests in 2011, where his leadership earned him the title “King Communist,” a co-host of the progressive podcast Radio Dispatch joked in 2012.

Tucker Carlson does great work as far as a mainstream conservative, but he won’t touch the Jewish Question with a proverbial ten foot pole, and that’s perfectly understandable because he knows there are other alternative sites, like ours, that will go there.

If The Daily Caller mentioned that Alcoff is a Jew, they’d be accused of antisemitism for even suggesting there’s any connection between his jewishness and his radical communist agenda.

Even Tucker Carlson is forced to interpret America’s problems in Marxist terms — it’s about “economics” not “race”, Tucker will claim, right out of the socialist playbook he’s been handed.

Jews cry, “All Jews are not communists, and all communists are not Jews!”

What they always fail to mention is what former Chief Rabbi of the United States, Stephen Wise, once stated, “Some call it Marxism.  I call it Judaism.”

Antifa’s call for the violent overthrow of America is merely Judaism weaponized, taken to its logical conclusion.

But not all Jews want to violently overthrow America, they whine.  If not, where are the “moderate” Jews denouncing Alcoff and Antifa in no uncertain terms?

That’s not happening because many of Antifa’s political manifestations are funded by the billionaire Jew, George Soros, and Alcoff is merely one of his foot soldiers or useful idiots, a self-styled modern-day Leon Trotsky.

And the jewish-controlled mainstream media is complicit in the cover-up, as they have been for the last 100 years since the Bolshevik ‘Revolution’ in Russia.