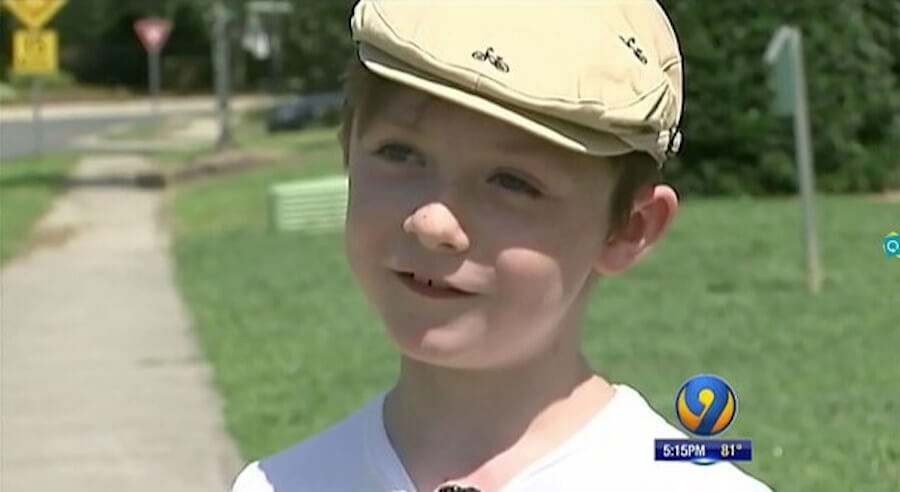 With a glaringly-obvious, racial bias in mainstream media today, one mustn’t “read between the lines” too deeply to discover why this story isn’t being reported:

A teenager who held up a North Carolina lemonade stand for $17 was still at large Monday, and authorities said they hoped to track him through surveillance footage and possible DNA and fingerprint tests.

Neighbors were asked to check their home security cameras for possible clues, said Union County Sheriff’s Office spokesman Tony Underwood. He said a camouflage hat and BB pistol found along with a metal cash box was found in some nearby woods and could be checked for fingerprints and DNA. The 9-year-old lemonade vendor said a teenager wearing a similar hat and a black shirt pointed a black handgun at him and took his cash box Saturday afternoon in Monroe, about 30 miles southeast of Charlotte.

“We think we are making positive traction” in the investigation, Underwood said.

Neighbor Kelly Smith said she noticed the boy’s stand with its yellow sign offering “organic lemonade” at a traffic roundabout at the entrance to her planned community as she left to pick up her daughter at taekwondo class. She said she intended on patronizing the boy’s business when she returned, only to find him gone and a half-dozen patrol cars on her street.

“It’s heart-wrenching. That little boy will never be the same,” Smith said.

Because the writer of this story goes out of his way to not give a description of the robber, we can be assured that the criminal is Black. If the perpetrator were White and the child were Black, this story would make national headlines.

The mainstream media will not pick up this story because it will remind White people of the true nature of Blacks–that they have no business living among us–or being anywhere near our neighborhoods or children.

By refusing to report on the racial identity of these criminals, the media is complicit in these crimes. As an unwritten policy, the media will not report the race of violent non-White criminals unless they absolutely have no choice.

White people are to never know just how violent and dangerous Blacks are.

If White people knew the truth, they would demand the re-segregation of society along racial lines.