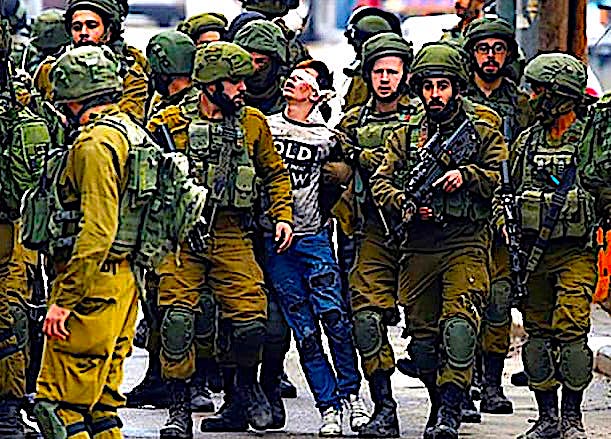 The Israeli military announced another medical miracle — that it has achieved herd immunity to COVID-19 after 80% of its personnel had either been vaccinated, had the disease — or both:

The announcement makes the Israel Defense Forces perhaps the first military in the world to achieve immunity to the disease.

“Things look a lot more like they did a year ago,” Brig. Gen. Dr. Alon Glasberg, the IDF’s chief medical officer, told reporters Thursday, according to The Times of Israel. “It seemed impossible, but now it’s here.”

While herd immunity will allow the military to resume normal operations, soldiers will still have to wear masks and socially distance for now.

The military’s vaccination campaign comes amid Israel’s record-setting drive to immunize its population. As of Thursday, more than 4 million Israelis, nearly half the country and the majority of its adults, have been fully vaccinated.

As far as this dubious “pandemic” is concerned, Israel has become the land of medical miracles — and we shouldn’t expect anything less from God’s Chosen People™.

Despite that, this story is preposterous — not only because “herd immunity” is fake science, but also because even if it were real, a small group within a larger population can’t declare special herd immunity.

Imagine the reaction from medical experts if Microsoft announced that its employees had achieved “herd immunity”.

But how exactly have they determined that the IDF has indeed achieved “herd immunity”?  Crickets.

But they are basically claiming that because 80% of the military is vaccinated for COVID, the other non-vaccinated soldiers are also now immune to the disease — that’s what the herd immunity concept claims.

The whole theory of “herd immunity” — yes, it’s a theory, like evolution is a theory — was first proposed in humans by studying the spread of measles in Baltimore in the 1930s — before there were vaccines for it.

Researchers noticed that after a lot of children got measles and developed immunity that the infection rate went down — even among children that hadn’t become infected — but only temporarily — not permanently.

Let that sink in — herd immunity is only a temporary phenomenon — if it exists at all.

But this temporary phenomenon isn’t surprising — with fewer infected kids around, fewer kids will get infected, as more get immunity to measles — but that doesn’t mean the uninfected kids magically become immune to measles.

Keep in mind, that “herd immunity” was studied among people who developed immunity naturally — not through vaccination — and to conflate the two — to treat natural immunity as the same as vaccinate-induced immunity is a leap in logic — and has no scientific basis.

In reality, vaccine developers latched on to this fake idea of “herd immunity” to sell their vaccines — to convince the medical establishment and governments that the more vaccines they bought, somehow even the unvaccinated would benefit — like magic.

The vaccine manufacturers first claimed that “herd immunity” would be achieve when 50% of the population was vaccinated, but when that didn’t happen, they kept moving the goal posts up to 60%, then 70%, then 95% — and they still never achieved herd immunity.

In fact, in California whenever there has been an outbreak of the measles, it has always been among groups of children who were 99% vaccinated — prima facie evidence that herd immunity is the scientific equivalent of a unicorn.

The World Health Organization got caught during this fake pandemic changing the definition of herd immunity on their official website — by completely eliminating natural immunity from the equation and only recognizing the percentage of a population that’s been vaccinated — without stating the exact percentage because, well, they just don’t know.

By doing this, the WHO tacitly admitted that herd immunity is not about immunity at all, but rather about getting as many people vaccinated as possible.

But getting everyone vaccinated won’t stop the spread of any disease — which is why members of the IDF are still going to have to wear masks and socially distance — because vaccines don’t create herd immunity — or even personal immunity.