Medical Miracle: Not One Single Case Of Seasonal Flu Has Been Reported In Israel This Year 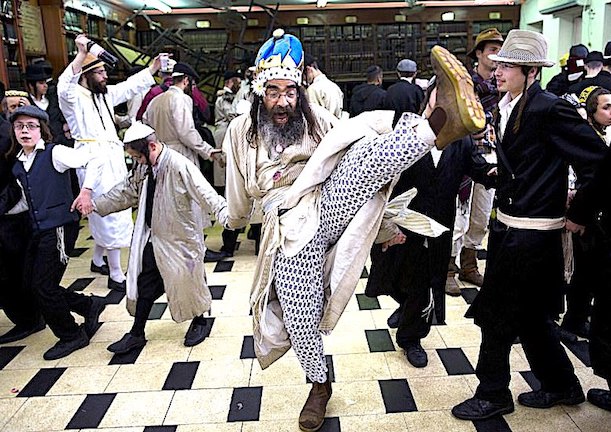 There are zero cases of influenza or respiratory syncytial virus (RSV) in Israel, according to Dr. Galia Barkai, director of the Pediatric Infectious Diseases Unit at Sheba Medical Center:

“It is not just that we have much less influenza, we don’t see it at all,” Barkai told The Jerusalem Post. “We have zero positive tests for influenza or RSV,” a virus that causes severe respiratory distress in infants and children.

“This is really, really special,” Barkai said. But she noted that it is also “understandable.”

“We know a major route of infection is people transmitting the virus to one another – breathing, coughing,” Barkai said. “Since we are wearing masks and have social-distancing measures, and people are staying in their homes now because of lockdown, so we have less interaction and less ways to get infected.”

Nonetheless, coronavirus has continued to spread throughout the country. On Thursday morning, the Health Ministry reported more than 8,000 new cases – 9% of those screened were positive. But Barkai said coronavirus is much more infectious than influenza. Also, flu is often spread between people moving from one country to another and travel has also decreased during the pandemic.

Barkai said that the same phenomenon is being seen around the world, though she could not confirm the number of cases of flu in any other countries. The World Health Organization, based on global surveillance data collected through late December, said that flu activity in the Northern Hemisphere is as low as in an ordinary summer. Flu is a winter virus.

So masks and social distancing have completely eliminated all cases of the seasonal flu — but those same measures have had little impact in slowing down the transmission of COVID.

The CDC in the U.S. also made seasonal flu cases completely disappear — by simply announcing that they were no longer going to track it or test for it.

In fact, if you try to get any statistics from the CDC concerning the seasonal flu, you’re likely to get this response.

The explanation is “understandable” — after all, COVID is much more infectious than seasonal flu — whatever that means — so obviously everybody is going to be infected with the more infectious virus and completely ignore the less infectious.

When viruses compete with each other to infect humans, the more “infectious” one always wins — as if the person being infected has nothing to do with the success of any virus.

And considering the average age for a COVID-related death is 81 years — it would be safe to say that the age and health of the person infected have a lot more to do with the virus’s success than the virus’s innate “infectivity”.

According to government health experts in Australia, face masks and social distancing will not protect you from either seasonal flu or COVID — if you are exposed to a symptomatic carrier.

But what they never tell you is that just because you are exposed to a symptomatic carrier of the virus doesn’t mean you’ll get sick — only immune-compromised people will have the biological “terrain” in their bodies where it’s fertile for the growth of viruses and bacteria — and that explains why most people who “die from it” are old sick people.

Clearly, the total absence of the flu in Israel is another “miracle of miracles,” an all-to-common theme in Jewish life: