Meet Issachar Zacharie: A Jewish Con Artist Who Treated Lincoln’s Bunions And Tried To Swindle Congress Out Of A Million Dollars 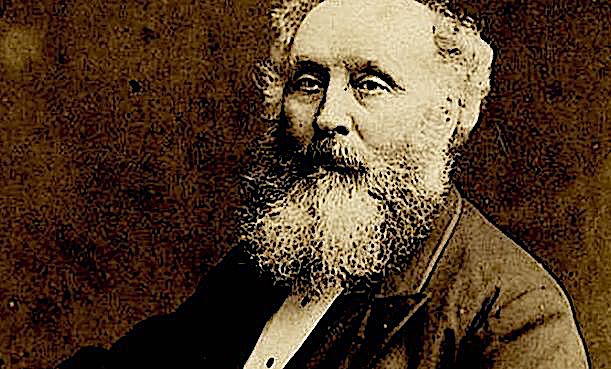 It would seem that the life of Issachar Zacharie — a 19th century Jewish flim-flam man — snake oil salesman, freelance circumcizer, self-trained podiatrist to the elite, plagiarist, spy, and extortionist — is worthy of a new ‘scholarly’ biography, praising his ‘rags-to-riches’ exploits — always one step ahead of the law — despite, of course, having to overcome the evils of American antisemitism™:

The lines between legitimate rags-to-riches success stories and clever charlatanism were blurred in mid-19th century America. A non-observant English Jew who sometimes claimed to be American-born, Zacharie worked for a time as a mohel in “Gold Rush” California. He won renown as a self-promoting medical healer and patent medicine dispenser, who rose by force of personality and skill to become the country’s premier foot doctor — or chiropodist.

Chiropody (now podiatry) was then an unrecognized medical specialty, yet Zacharie treated America’s political elite — including President Abraham Lincoln, who wrote testimonials to Dr. Zacharie’s curative powers and even employed him as a wartime secret agent.

Zacharie falsified not only personal history, but also plagiarized a pioneering foot-healing treatise by a European doctor. He married outside Judaism and raised his daughters as Christians. Eventually, back in England, he died in 1900, to be buried in Highgate Cemetery, along with Karl Marx. Neither had a Jewish burial ceremony, though Zacharie’s burial was in accordance with the Masonic Order.

Zacharie’s great moment of fame came during the Civil War, when President Lincoln relied on him not only to treat his bunions, but to keep him abreast about Jewish and other political matters. In 1862, Lincoln sent him to New Orleans, recently occupied by Union troops, to consult with General Nathaniel P. Banks about how best to win over Southern Jews to the Union cause. Zacharie recruited a network of Jewish peddlers, whom he used to gather political and military intelligence. He urged Lincoln to rescind General Grant’s notorious antisemitic General Order No. 11.

Returning to Washington in 1863, Zacharie — at the suggestion of General Banks — persuaded Lincoln to allow him to visit Richmond, where he met Jewish Confederate Judah P. Benjamin and broached unattainable peace terms with other prominent Southern leaders. Confederate President Jefferson Davis was not interested.

Lincoln’s 1865 assassination dimmed Zacharie’s political hopes, though he continued to dabble in the 1868 and 1872 elections. Later, in New York, Zacharie opened an office in his Fifth Avenue mansion. He held banquets and was a dinner guest prized for his wit and gourmet tastes in food and wines.

Zacharie’s undoing came in the 1870s, during President Grant’s second administration. Mixing fiction with fact, he claimed to have been President Lincoln’s “Chiropodist in Chief” to the North’s Army. He credited himself with treating “the soles not souls” of thousands of Union soldiers. He demanded the equivalent of one million current dollars for his wartime medical services. In a highly-embarrassing controversy, Congress denied his claim.

Zacharie is historically significant for several reasons. First, by means of talent and hard work, he helped legitimize podiatry treatment in the US. Second, by virtue of his friendship with Lincoln, he became an authentic footnote to Civil War history. Third, despite rising levels of antisemitism in America, Zacharie demonstrated how open the highest circles of political influence in this country were to Jews of ambition and ability during the 19th century.

From a White Christian perspective, there is nothing to admire about Zacharie — a vain, superficial, and greedy opportunist who fled America in shame — but for Jews, he is a role model to be admired.

Though his membership in Judeo-Masonry is mentioned as an aside, there can be little doubt that his knowledge of their lodges and secret handshakes opened many doors on his rise to fortune — including the front door of the White House.

Clearly, so-called ‘antisemitism’ in America didn’t hinder Zacharie in the least — in fact, he probably knew how to play up his Jewish identity to induce trust from the Christian victims of his con games.

But from a Jewish perspective, even a whiff of ‘antisemitism’ justifies any moral transgression or crime — if it weren’t for ‘antisemitism’ Jews would never be forced to engage in any enterprises.

Jewish “chutzpah” is unmitigated audacity and gall — Jews will shamelessly attempt what no Christian would even contemplate — such as shaking down Congress for a million dollars — after all, the worst that can happen is they say “no”.

For a Christian, an act of courage begins with a deep moral conviction that spurs one into action against all odds of success.

These two worldviews are irreconcilable — and a day of reckoning is inevitable.