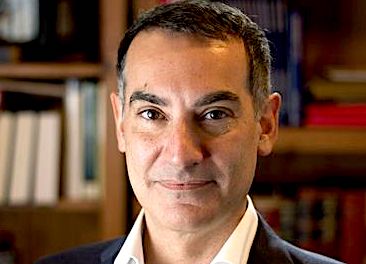 Social media now has an out in the open pedophile movement pushing to (among other things) add P for “Pedosexual” to the LGBT acronym, and it’s being led by pedophile expert and Director of the Toronto Sexuality Center, Dr. James Cantor:

Cantor also believes necrophiles and zoophiles should be LGBT-included as well for good measure.

Twitter, of course, is taking them seriously. We’re not making any of this up.

But Cantor is not merely a prominent figure in the movement, he’s the one responsible for pedophiles enjoying special protected status on Twitter.

Last year, he wrote a letter to [John Starr, Director of] Twitter’s Trust & Safety Department [urging] Twitter to restore the suspended accounts of all “Minor-Attracted Persons” (MAPs). The letter (quoted below) warns that if pedophile accounts are not restored, they might not be able to help themselves and could end up raping children in the real world.

We write to you as clinical and forensic psychologists, sexologists, sociologists, child protection workers, journalists, writers, and digital rights advocates, with a shared interest in working towards the reduction of the incidence of child sexual abuse. We believe that Twitter has the potential to be an important ally in this battle; however, we are concerned that Twitter’s recent suspension of the accounts of prominent anti-contact, non-offending pedophiles may have been a knee-jerk response to uninformed public pressure, rather than a reasoned decision made in the best interests of children.

A common misconception is that pedophiles and other people attracted to minors are bound to sexually offend against children, and that pedophilia is defined by the act of child sexual abuse. This is not the case. In fact, many pedophiles, despite being sexually attracted to children, are able to successfully resist the temptation to commit acts of abuse because they know that doing so would be wrong. For many of them, however, avoiding offending depends upon a network of support from family, peers, and professionals.

Many of us have worked with a group of such non-offending pedophiles, also known as anti-contact MAPs (Minor-Attracted Persons), in a peer support network called Virtuous Pedophiles (@virpeds), as well as in other support networks. Recently, a prominent member of Virtuous Pedophiles, who goes by the pseudonym Ender Wiggin (@enderphile2), had his account permanently suspended by Twitter. At least one other member of the same network, Šimon Falko (@simgiran), also had his account permanently suspended around the same time, and a number of other accounts of non-offending, anti-contact MAPs have since been permanently or temporarily suspended.

We acknowledge that Twitter is at liberty to terminate the accounts of its users for breaching its terms of service, and we strongly agree that any Twitter users who advocate for sexual contact between adults and children would be appropriate candidates for such suspension. @enderphile2 and @simgiran were not such accounts; on the contrary, both have always used their accounts to speak out against sexual abuse, to help their peers avoid offending, and to help reduce the stigma associated with pedophilia that prevents many pedophiles from seeking help if they need it.

In our professional opinions, terminating the accounts of non-offending, anti-contact MAPs is likely to result in the opposite effect of that which Twitter may expect or intend. Rather than reducing the incidence of child sexual abuse, if anything, it increases the risk that some pedophiles will be unable to obtain the peer or professional support that they may need in order to avoid offending behaviour. It is also likely to increase the stigma and isolation associated with pedophilia and thereby increase the likelihood of some MAPs acting on their sexual feelings.

We respectfully request that you reconsider your suspension of these accounts and, going forward, take into account what might be the unintended consequences of your policies towards the suspension of the Twitter accounts of anti-contact, non-offending pedophiles.

Twitter gave in, and the pedophiles were back in abundance.

We are “allowed” to point out the disproportionate role that Jews have had in the promotion of homosexual, transgender, and now pedophile normalization movements as long as we believe that this is good for society.  But if we believe that these movements have been a moral cancer in society, then we are “antisemites” for pointing out that Jews are involved in any way whatsoever.

Make no mistake, pedophilia is being promoted not because they really care about the “health and well being” of pedophiles, but rather because its legalization and normalization will be one of the final nails in the heart of Christendom, the handing over of our children to The Beast.

As a direct result of not taking a stand against sodomy 40 years ago, we are now on the verge of seeing pedophiles become literally a “protected minority,” and if you dare to question it, it will be you who becomes the criminal for not accepting them.