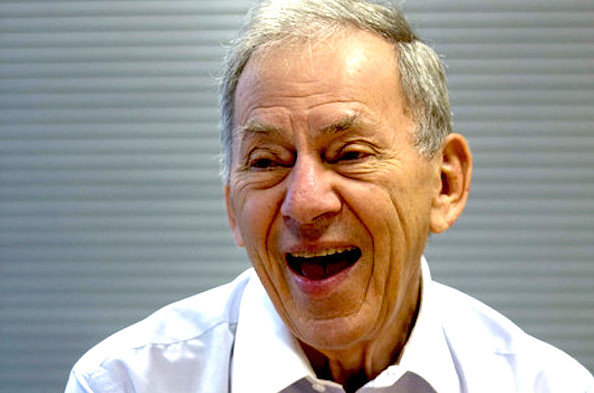 Two opposition parties EFF and the Democratic Alliance (DA) together with the DA’s MP Advocate Glynnis Breytenbach, are being funded by Nathan Kirsh, the director and owner of Israel’s Magal Security Systems which is complicit in the construction of Israel’s illegal apartheid wall. Lord Renwick of Clifton who is a friend of Kirsh met the EFF in London in 2015.

It should be noted that the Breytenbach case was funded through the FW de Klerk Foundation—- a foundation of Mr de Klerk, South Africa’s last apartheid President. Kirsh thought such an ingenious funding of Breytenbach will not be detected. Moreover, cases against the government are funded through endowment funds from Kirsh and Lord Renwick. It should be clear now why the EFF is ganging up with the DA in hung metros of JHB and Tshwane.

Nathan Kirsh left South Africa in 1986 to settle in Swaziland in the mid-1980s. At the time of his departure he had benefitted greatly from apartheid. He is now a resident of New York and London where he is teamimg up with Lord Renwick a blesser of the EFF who is hell-bent on pushing regime change in Southern Africa.

Israel’s Apartheid Wall was deemed illegal by the International Court of Justice (ICJ) in 2004 thus making Magal Security Systems and its Director, Nathan Kirsch, complicit in criminal activity. Following the 2004 ruling by the ICJ, two Danish companies, the Danske Bank and the Pensioner Bank (PKA) both decided to withdraw all investments from Magal Security System.

How can EFF, the DA and the DA’s MPs accept monies from, basically, a criminal, Nathan Kirsh? EFF, the DA and the then Democratic Alliance’s parliamentary candidate Glyniss Breytenbach (who received 6,3 million from Nathan Kirsh) are basically being funded off criminal Israeli activity. How can the DA and Agang expect voters to support them if they are receiving money that was made off the oppression of the Palestinian people?

Firstly, it’s a moral question but, secondly, the DA and EFF will most definitely be constrained by their funder to tow a pro-Israeli agenda (and a pro-Israeli agenda is an anti-Palestinian, anti-human rights agenda). In addition, EFF and the DA will be constrained by their funder to oppose the progressive Boycott, Divestment and Sanctions (BDS) against Israel campaign. The DA and EFF are basically lap dogs of an Israeli imperialist agenda. A government which pursues apartheid policies in the 21 century!

Primedia, often a critic of the ANC, is owned by the brother of Nathan Kirsh, Mr. Issie Kirsh. Nathan Kirsh’s nephew, William Kirsh is the CEO of Primedia. We wonder whether Primedia and its LeadSA campaign will come out definitively condemning Nathan Kirsh’s involvement in Israel’s illegal Apartheid Wall and his backing of EFF through Lord Renwick and the DA through profits made from criminal Israeli activity.

The writer of the piece above is clearly disillusioned to find that the promised ‘socialist revolution’ in South Africa, headed by the ANC, with support from the EFF and DA, is being controlled, one way or another, by the vast wealth of this pro-Zionist Jew who doesn’t even live in South Africa.

And with the jewish control of the mainstream media in South Africa, through the Kirsh family hand in Primedia, it’s no wonder that all the Black leadership, from President Ramaphosa down to ‘radical’ Julius Malema, are all beholden to jewish money and influence.

This is the same political tightrope that Jews are playing all across the globe, as they fund radical socialist causes which naturally oppose the brutal Zionist regime in Israel.

It would appear that these anti-White parties in South Africa will continue to receive jewish funding as long as they maintain a pro-Israel, pro-jewish stance.

But if you look closely at the “Whites” who support these radical anti-White Black parties, you’ll find out that they aren’t exactly White after all.

And if Malema has a problem with that, Kirsh will find a Black radical lackey who will.

Jews like Kirsh have no problem with the theft of White land and the murder of the White farmers as long as the Blacks don’t bite  the hidden hand that feeds them.