California Church Prays For Resurrection of 2 Year Old Girl Who May Have Died Of Vaccine-Induced S.I.D.S.? 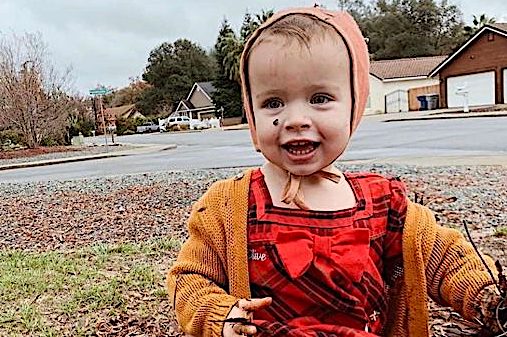 A devout Christian couple are attempting to resurrect their dead two-year-old daughter through faith and prayer, but a GoFundMe campaign started on their behalf by church leaders is raising more worldly questions:

The family called 911, and paramedics rushed Olive to a hospital, where she was declared dead. Her body was transferred to the Shasta County Coroner’s Office, a spokesman from the couple’s church told DailyMail.com.

On Sunday, Kalley wrote a heartbreaking post on Instagram, calling for ‘bold, unified prayers from the global church to stand with us in belief that He will raise this little girl back to life.’

The post quickly found support from the congregants at Bethel megachurch in Redding, where Kalley is heavily involved with the church music group and has produced her own albums of Christian music.

‘Her time here is not done, and it is our time to believe boldly, and with confidence wield what King Jesus paid for. It’s time for her to come to life,’ wrote Kalley, who has more than 240,000 followers on Instagram.

Kalley continued her calls for prayers for resurrection in Instagram posts on Monday and Tuesday.

‘Since that night, and at the continued request of the Heiligenthal family, Bethel Church has hosted prayer and worship gatherings which consist of singing and prayer,’ the church said in a statement.

On Tuesday night, hundreds gathered at Bethel Church for prayer and worship at a ceremony calling for Olive’s resurrection.

At the same time that Kalley was calling for prayer to resurrect Olive, however, Bethel Music started a GoFundMe campaign to raise money for the couple.

Church leaders wrote that the fund, which has raised more than $38,000 toward a $100,000 goal, was to cover ‘unforeseeable expenses the Heiligenthal family will incur, medical and otherwise.’

…Church officials said that Olive’s body has been at the Shasta County Coroner’s Office since it was transferred there from the hospital on December 14.

We are warned in Hosea 4:6, “My people are destroyed for the lack of knowledge,” and that certainly seems to be the case here.  The fact that the dead child was 2 years old is crucial to understanding what, in all probability, caused her sudden, unexplained death.

Between birth and 2 years old, infants are subjected to a whole retinue of dangerous life-threatening vaccines that have long been suspected as the cause of Sudden Infant Death Syndrome (S.I.D.S.) or Crib Death, and even court cases have also established this connection.

In all likelihood, Olive had been recently vaccinated, and instead of praying for her literal resurrection, her parents should be filing a claim with the National Vaccine Injury Compensation Program, which has paid out millions to families with children who have died of S.I.D.S. and other known side effects.