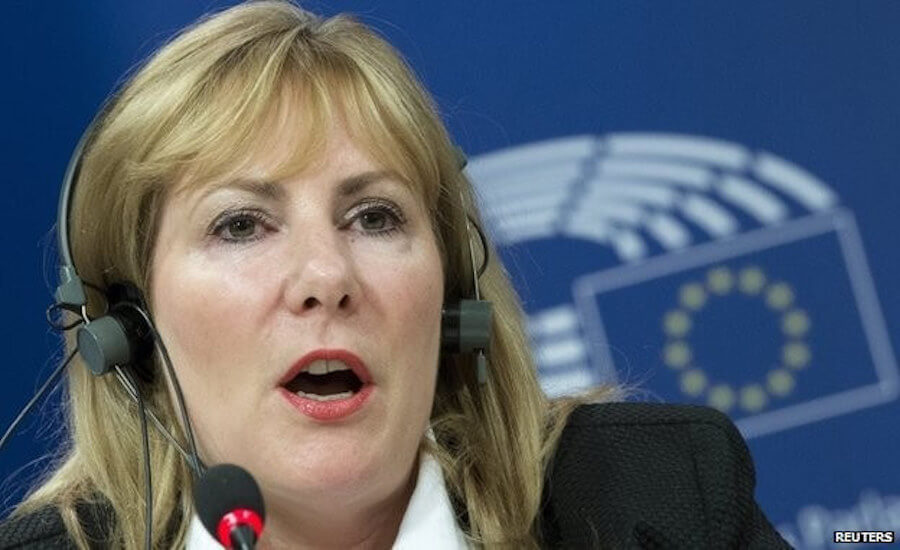 More talk between politicians continues on the issue of immigration in Europe:

“If we import the third world we get third world problems,” British independent MEP Janice Atkinson told Hungarian daily Magyar Hirlap, adding that “rapes, gang rape, violent crime have increased exponentially and that our prisons are proportionally overburdened with foreign criminals in comparison to the citizens of our states”.

According to the vice-chair of the European Parliament’s Europe of Freedom and Nations (ENF) group Europe has to close all its borders:

“We have to close our individual nation state borders, abandon the failed ideological policy of Schengen, close the EU’s external borders and start speeding up the extradition of migrants, as Salvini is doing in Italy.”

Asked about how political correctness prevents UK authorities from acting, she said:

“Our failed open doors migration policies have continued where we have let people in whose backgrounds were not rigorously checked and when we do charge them with crimes we are not allowed to deport them because our own judges or the European Court of Human Rights overrules our sovereign courts.

This has happened with terrorists, hate preachers, those encouraging terrorism and the mainly Muslim Pakistani rape gang members who have groomed tens of thousands of young, vulnerable girls.”

According to Atkinson, Brexit can change things but it depends on the deal they finally get.

“If this government doesn’t strike a deal with the EU that means choosing the EU nationals we want and need for our economy rather than allowing anyone to travel for work, then there will be no change,” she explained.

Notice that this politician blames improper “vetting” of these immigrants as the root cause of this crime wave. Her comments suggest that there are “good” non-criminal Third World immigrants that the UK can allow into England. And she avoids any suggestion that this is a racial problem.

She implies that the problem isn’t that they are Arab or Black–it’s that they are “criminals”. It is this kind of double talk that demonstrates how these politicians will never provide any effective answers to these problems–they can’t even acknowledge what the real problem is.

No “deal” with the EU will stop the slow destruction of England–if all of Europe is targeted for destruction, why should England be allowed to remain intact?

Even if all Third World immigration were halted today, there are already enough non-Whites in Europe to make Whites a racial minority within 25 years in most countries. And there is zero chance that the EU will ever agree to a complete moratorium on non-White immigration.