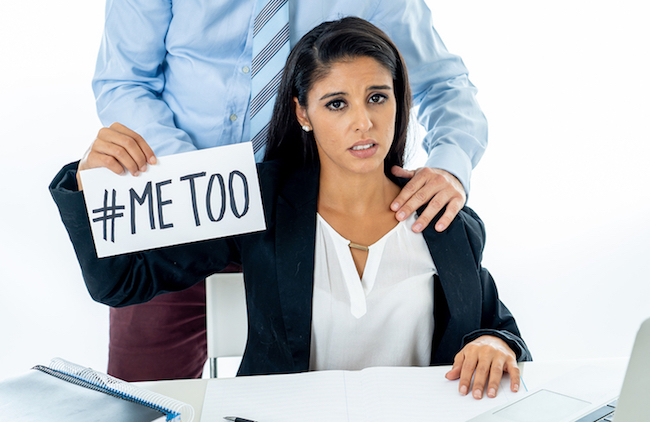 Across Wall Street, men are adopting controversial strategies for the #MeToo era and, in the process, making life even harder for women:

No more dinners with female colleagues. Don’t sit next to them on flights. Book hotel rooms on different floors. Avoid one-on-one meetings.

In fact, as a wealth adviser put it, just hiring a woman these days is “an unknown risk.” What if she took something he said the wrong way?

Across Wall Street, men are adopting controversial strategies for the #MeToo era and, in the process, making life even harder for women.

Call it the Pence Effect, after U.S. Vice President Mike Pence, who has said he avoids dining alone with any woman other than his wife. In finance, the overarching impact can be, in essence, gender segregation.

Interviews with more than 30 senior executives suggest many are spooked by #MeToo and struggling to cope. “It’s creating a sense of walking on eggshells,” said David Bahnsen, a former managing director at Morgan Stanley who’s now an independent adviser overseeing more than $1.5 billion.

This is hardly a single-industry phenomenon, as men across the country check their behavior at work, to protect themselves in the face of what they consider unreasonable political correctness — or to simply do the right thing. The upshot is forceful on Wall Street, where women are scarce in the upper ranks. The industry has also long nurtured a culture that keeps harassment complaints out of the courts and public eye, and has so far avoided a mega-scandal like the one that has engulfed Harvey Weinstein.

Now, more than a year into the #MeToo movement — with its devastating revelations of harassment and abuse in Hollywood, Silicon Valley and beyond — Wall Street risks becoming more of a boy’s club, rather than less of one.

“Women are grasping for ideas on how to deal with it, because it is affecting our careers,” said Karen Elinski, president of the Financial Women’s Association and a senior vice president at Wells Fargo & Co. “It’s a real loss.”

There’s a danger, too, for companies that fail to squash the isolating backlash and don’t take steps to have top managers be open about the issue and make it safe for everyone to discuss it, said Stephen Zweig, an employment attorney with FordHarrison.

“If men avoid working or traveling with women alone, or stop mentoring women for fear of being accused of sexual harassment,” he said, “those men are going to back out of a sexual harassment complaint and right into a sex discrimination complaint.”

On Wall Street as elsewhere, reactions to #MeToo can smack of paranoia, particularly given the industry’s history of protecting its biggest revenue generators.

“Some men have voiced concerns to me that a false accusation is what they fear,” said Zweig, the lawyer. “These men fear what they cannot control.”

This article, of course, fails to mention that Wall Street is dominated by jewish men, and the #MeToo Movement was largely created in reaction to powerful jewish men, like Harvey Weinstein, abusing their power while alone with women.  Men and women are separated in jewish synagogues for a reason — jewish men seem to have an innate distain for jewish women, which is why Israel has such high rates of domestic violence, and why jewish women created the Feminist Movement to complain about jewish patriarchy — and spread their hate to the general public.

Jewish men cannot be trusted around any non-jewish women, and they themselves know this, which is why they are now avoiding them at all costs.  Up until the mid-20th Century, it was still illegal for Jews to hire “gentile” women in their homes as servants, housekeepers, or governesses because Jews were notorious sexual predators.  And this arrangement worked well and protected our women against the rapacious Jews, that is, until jewish feminism came along and convinced women that it was their “right” to be alone with any man without the fear of harm.