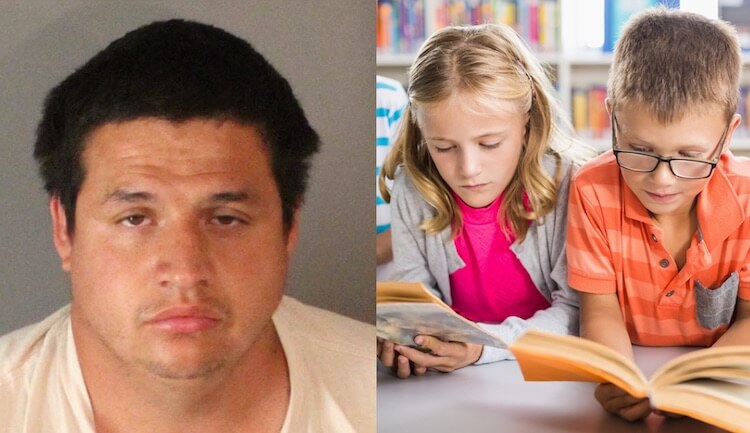 A Mexi-Merican man was arrested for sexually assaulting a six-year-old White boy inside a public library, according to a local news source:

Juan Francisco Palacios, a 29-year-old Riverside transient, was caught on camera watching the 6-year-old boy walk into the bathroom alone on July 18, according the Riverside Police Department.

Palacios allegedly followed inside and assaulted him.

The assailant quickly fled and ran through a shopping center toward University Avenue, police said.

The victim’s father, who was at the library with the two children when the crime occurred, alerted library staffers when he learned about the incident, officials added.

Officers came to the scene but were not able to find the assailant, whom detectives soon identified as Palacios, according to the Police Department.

At 3:36 p.m. on Sunday, police responded to the Riverside Public Library after receiving a call about a person who matched the suspect’s description, the agency said.

They found Palacios and arrested him on suspicion of sexual assault against a minor under 10 and probation violation for possession of child pornography, the Police Department said. He was required to register as a sex offender.

What good will a “Wall” do when we’ve already got 20 to 30 million Mexicans like Palacios in this country?

No mention in the article about this creep’s immigration status, but that doesn’t seem to matter anyway. The librarian should have called the police the second that his Mexican step into the library – obviously, he wasn’t there to read – Mexicans don’t read, and their presence in any library should raise red flags.

And now the taxpayers will foot the bill to house and feed this deviant for the next 5 years – if he’s convicted and the whole incident isn’t written off as just a “misunderstanding”.