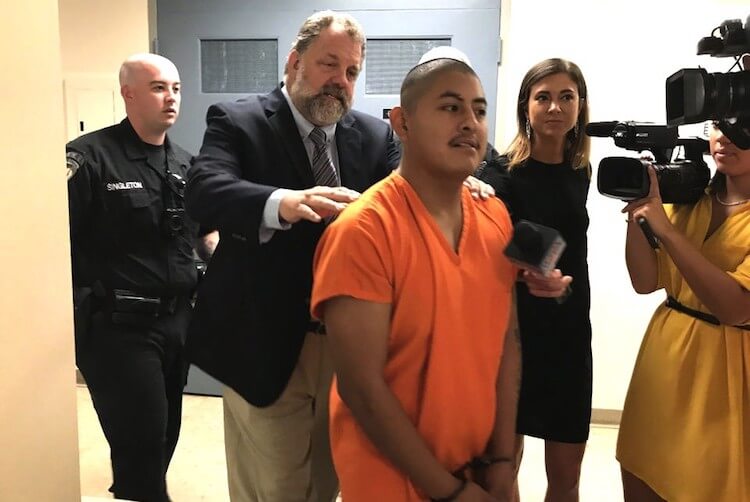 A 13-year-old Huntsville, Alabama girl was beheaded by a Mexican-American drug trafficker after she witnessed her grandmother assaulted with a knife and left to die on the ground in a cemetery, according to reports:

The grandmother was associated with the Sinaloa Cartel, a drug-trafficking organization, a Madison County sheriff’s investigator testified today.

Just days before Oralia Mendoza and her granddaughter, Mariah Lopez, were killed, Mendoza and three others went to pick up a batch of methamphetamine, Investigator Stacy Rutherford told a judge. After one of her drug cohorts became suspicious, the situation turned deadly.

Israel Palomino, 34, and Yoni Aguilar, 26, are charged with two counts each of capital murder in the slayings of Mendoza and Lopez.

This story will not be covered by CNN as it would convince White Americans that we need a complete moratorium on further immigrants from Mexico – and a comprehensive deportation of the 10 to 20 million “undocumented” Mexicans living here illegally.

Contrary to popular liberal myth, Mexicans are not, in fact, “hardworking”. If they were honest and hardworking, Mexico wouldn’t be a Third World cesspool run by drug cartels.

That’s exactly what they are adding to America: violence and drug trafficking – and lawn care.