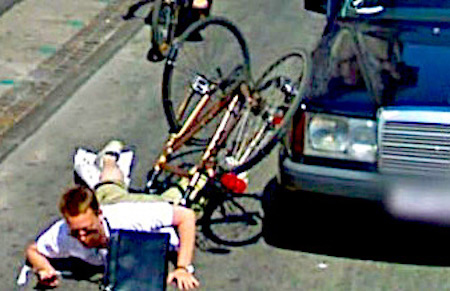 In the wake of the migrant invasion, Danish police are complaining about a recent trend where reckless drivers are increasingly running red lights and driving in the emergency and bicycle lanes, then abusing the rules to avoid prosecution, the newspaper Berlingske is reporting:

Drivers who incur fines, points on their driving licenses or even disqualifications can continue to drive simply by ignoring digital mail sent by police through Denmark’s secure e-Boks system, Berlingske writes.

That is because the letters must be opened and offending motorists must appear for their court dates in order for punishments to be implemented, according to the report.

Only in rare situations do police have the right to ban a driver on the spot.

Chairman of the Danish Police Union Claus Oxfeldt confirmed the trend in comments to Ritzau and said that Danish driving culture is worsening in general.

“My assessment is that the traffic culture is catastrophic. People charge through red lights and drive in the emergency lane on the motorway. And these are perfectly normal people,” he said.

A person who does not attend court after being notified of a charge can eventually be convicted for non-attendance, but motorists can drag cases out by avoiding opening police notifications sent via e-Boks, Oxfeldt explained…

Denmark’s traffic laws enable police to issue on-the-spot driving bans if a motorist is caught driving twice as fast as the legal speed limit on that stretch of road, but reckless driving can also occur at lower speeds, Oxfeldt said.

“We have a (punishment) option against the absolute worst reckless drivers. But reckless driving can also mean being in heavy traffic and seeing the lights change from amber to red, and hitting the accelerator instead of the brake and running the red light,” he said.

No, these are not “perfectly normal people”.  The are low-IQ, high-testosterone migrants who have probably never driven a car until they invaded Denmark.

And they drive cars the way they run countries: right into the ground.

The Danish system of traffic enforcement is based on a high-trust homogeneous White society where almost everyone obeys the rules, and it’s foolish for the police to believe that coming from lawless countries, Arabs and Africans are going to honor those laws and do the right thing.

All countries in western Europe have watched traffic accidents and fatalities skyrocket after migrants were given licenses to drive.  And yes, they are given the licenses because many of them are incapable of passing the standard drivers’ test.

How many Danes will have to die before they realize this experiment in diversity is a deadly mistake? 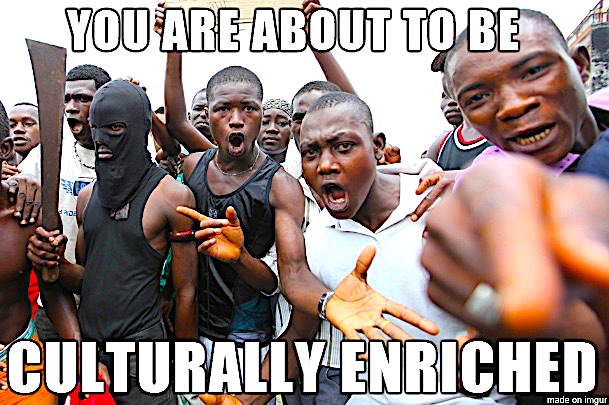