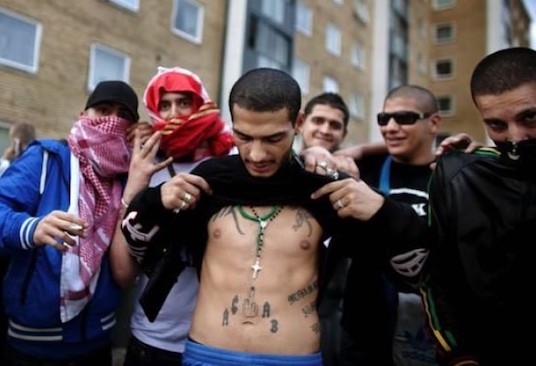 The police in Gothenburg, Sweden are reporting that emboldened migrant drug dealers are now practicing their trade openly on the streets and in parks, but the police are doing nothing to stop it:

The police in Gothenburg report that more and more people are selling drugs “completely openly” in the city. According to Robin Nilsson, head of the drug unit in Gothenburg, civilian officers are offered drugs to buy each work shift.

“We don’t have to work very hard to catch a drug dealer in Brunnsparken. We basically just have to go there. There are ten, fifteen, at a time that sell there.”, he says.

The police in both Stockholm and Uppsala confirm that there are now more drugs on the streets and that the gangs are getting bigger. One reason is the intensifying competition in the market which makes sales more visible to attract customers.

They can then continue drifting around on the streets, form gangs, join previously established criminal migrant gangs, commit crimes and both abuse and sell drugs.

Several patrol officers believe that the police authority itself is responsible for the development by completely neglecting to follow up and adapt its work. Most importantly, many of the police’s special drug units disappeared in connection with the reorganisation in 2015.

“They can sell completely openly. It is quite risk-free to sell drugs on the streets because we don’t have resources to take care of the problem”, Nilsson says.

These non-White invaders will continue to feed off the Swedish people without fear, and they will continue to aggressively pursue their criminal activities with impunity not because the police lack “resources” but rather the Swedes refuse to admit that their open door immigration policy was wrong from the beginning, and that none of these invaders belong in Sweden — and that their mere presence is destroying the very foundations of the country.

Surveys have shown that the Swedes have the highest rate of atheism in Europe, and they pride themselves on their “rationality” and “tolerance”.  So it’s no coincidence that of all European countries, Sweden is among those closest to ruin.  The Swedes abandoned their Christian heritage and replaced it with jewish marxism under the guise of “democracy” and “freedom”, which has translated into migrant rape and murder, and abortion on demand.  This false promises of marxism have served only to enslave and silence the Swedes in what used to be their own country.