Migrant-Free Christian Poland Has the Fastest Growing Economy in Europe 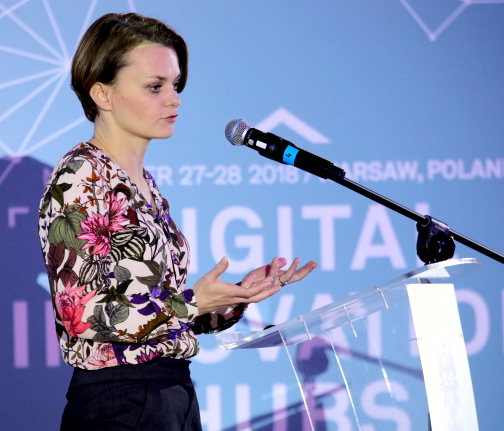 Poland’s Enterprise and Technology Minister Jadwiga Emilewicz announced that according to their macroeconomic data, Poland is now the fastest growing economy in Europe:

Emilewicz was speaking after the country’s Central Statistical Office (GUS) said earlier in the day that the Polish economy grew 5.1 percent in the third quarter of this year.

The Polish economy grew 5.1 percent in the second quarter.

The Central Statistical Office in mid-November revised upward its estimate of Polish GDP growth in the first quarter from 5.2 percent to 5.3 percent.

Poland’s economy grew 4.9 percent in the final quarter of last year, according to the office.

Non-Whites, no matter how “educated”, are a drain on White societies and their respective economies.  Non-Whites are naturally dependent on Whites for their survival, whether in White countries or in their own Third World countries, which rely on foreign aid to survive.  The jewish-controlled mainstream media has tried to convince us that advanced White countries need a constant infusion of brown people to have any future.  While we can build rockets and send them into space, we cannot figure out how to pick our own lettuce and wash dishes apparently.

As long as Poland refuses any non-White invaders and remains true to its historical identity as a Christian nation, it will continue to be a beacon of light in a otherwise dying Europe to the west.  The jewish bankers who have a stranglehold on the EU will do whatever they can to undermine Poland for fear that Europeans will see that they can indeed survive and thrive when it remains White by their example.