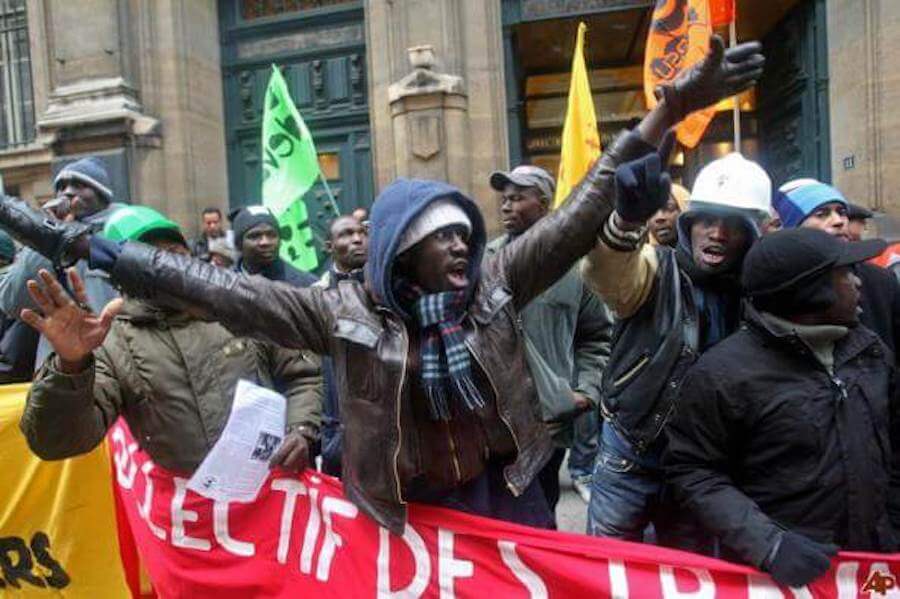 Apparently one of the ways France is attempting to remedy the huge mistake of opening their borders is by attempting to legislate morality:

France voted to outlaw sexual harassment on the streets, leaving catcallers and aggressively lecherous individuals facing potential on-the-spot fines of up to 750 euros as part of tougher legislation to fight sexual violence.

Lawmakers approved the law in a second reading late on Wednesday, days after outrage erupted in France after a man attacked a young woman, Marie Laguerre, when she responded to lewd noises he made at her outside a Paris cafe.

“Harassment in the street has previously not been punished. From now on, it will be,” Marlene Schiappa, gender equality minister and architect of the new legislation, told Europe 1 radio on Thursday.

An early draft of the bill had said that minors under 15 would be assumed not to have given consent to sex with an older person. But the new law states that sex between an adult and a person of 15 or under can be considered rape if the younger party was judged not competent to give consent.

France’s highest legal authority, the Conseil d’Etat, had advised that the previous version could be ruled unconstitutional.

The legislation will also give underage victims of rape an extra ten years to file complaints, extending the deadline to 30 years from when they turn 18.

Some critics say the harassment measures will mark an end to French romance.

Again, as expected, no mention of race being a factor in having to pass this legislation. Aggressive and violent behavior toward women has become normal on the streets of France as migrants have flooded the country. It is no longer safe for women to walk alone in many areas.

So the government has passed a law to make it illegal for Arab and African men to verbally attack White women in public. Since this happens thousands of times every day in Paris alone, how will the police possibly enforce this law? Do they honestly think these homeless migrants will pay those fines?

Nothing short of mass deportation will do anything to protect the women of France from these vibrant additions to society.