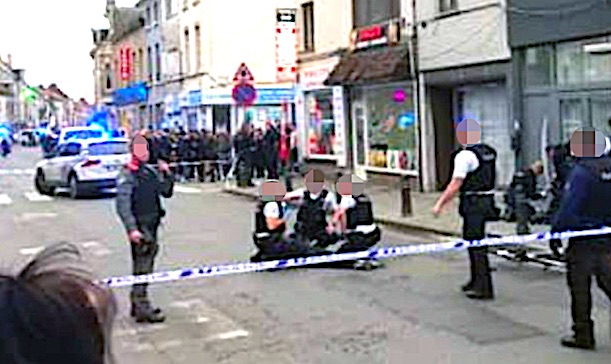 According to Sputnik news site, prosecutors in the Belgium province of East Flanders said on Monday there was no evidence that the recent incident in the city of Ghent was a terrorist attack, RTL reported:

According to the Luxembourg-based RTL broadcaster, prosecutors said that there was currently no indication that the stabbing incident in Ghent was of a terrorist nature. The prosecutor’s office has not provided any further details on the matter so far, the broadcaster added.

On Sunday evening, following a stabbing spree in southern London, which left several people injured and the attacker shot by police, two people were stabbed in Belgium’s Ghent.

The East Flanders Prosecutor’s Office along with the country’s police launched an investigation into the incident.

However, the Jewish Press news site is reporting that the stabbing was indeed a “terror attack”:

Police in the Belgian city of Ghent shot and injured a knife-wielding woman who allegedly stabbed two people on Sunday just an hour after a similar attack took place in south London. The attacker was reportedly shot in the hand by the forces.

The attack in London was carried out by a radical Islamic terrorist who was promptly shot and killed by Metropolitan Police in that city.

According to the HLN Belgian news site, a “dark-skinned woman” attacked two passersby on Bevrijdingslaan Street in central Ghent. One of the victims was stabbed in the stomach, according to the report.

Ghent police cordoned off the area and emergency services secured the site, according to the RT news outlet. The East Flanders Public Prosecutor’s Office declined to release a statement.

The Jewish Press, which publishes for a jewish audience, obviously didn’t need to wait for the police to release the results of its official investigation to see this incident for what it obviously is: another in a long series of Muslim acts of terror against White Europeans.

However, news sites for ‘gentile’ readers like Sputnik are helping cover up this act of terror for the simple reason that they don’t want the public to rise up and demand serious action be taken against this mass Third World invasion, which was planned, aided, abetted, and covered up by jewish interests from the very beginning.

Even the new media darling and jewish antisemitism ‘expert’ Bari Weiss admitted that it was NOT a ‘conspiracy theory’ that Jews are behind the Third World immigration flood.

And the Jews flooded Europe with ‘antisemitic’ Muslims knowing full well that they would start engaging in acts of violence against both White people and Jews, but they were willing to pay that small price as long as it served their ultimate goal, which is the complete destruction of White Christendom, their sworn enemy for the last 2,000 years.

In fact, the Jews blame Jesus Christ and Christianity for turning the world against them — if it weren’t for Him and His followers, there would be no ‘antisemitism’ problem.

So the Final Solution to this jewish problem is to wipe Christianity and White Christians off the face of the earth.  And that’s exactly what they are doing.