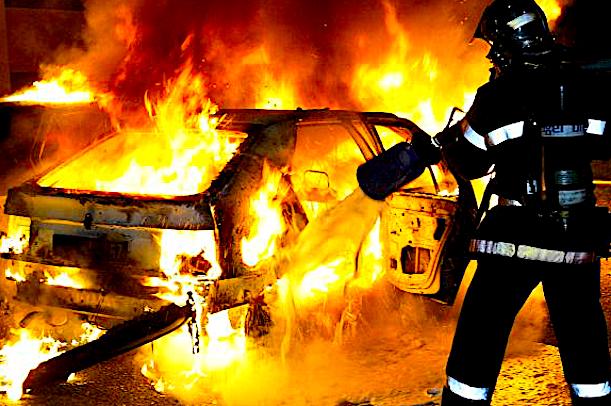 After the “umpteenth” incidents and violence this past New Year’s, the VVD in Rotterdam decided to support the complete ban of all consumer-purchased fireworks, NOS reports:

The VVD actually only wanted to ban firecrackers and rockets, but as the General Local Regulation makes no distinction between the different types of fireworks, the faction supported the general ban. “As soon as the government decides to ban firecrackers and rockets, as far as the Rotterdam VVD is concerned, permitted fireworks can then be lit again in Rotterdam,” the party said. As condition for its support, the VVD wants the municipality to make money available for professional fireworks shows in all 14 Rotterdam districts. “So that every Rotterdammer can still enjoy fireworks.”

On its website, the Rotterdam VVD wrote that fireworks cause a lot of inconvenience an injuries every year, and it creates an “atmosphere of lawlessness” in different neighborhoods, where cars and containers are set on fire. The call from police and other first responders also played a role in the party’s decision to support the ban. “We stand for the men and women who carry out very hard work for our safety.”

Rotterdam mayor Ahmed Aboutaleb called the VVD step an inevitable development and is pleased with the ban, but he would still prefer that the government implement measures that apply to the whole of the Netherlands. “That means that the sales and distribution is also prohibited, otherwise only lighting is prohibited,” he said to Rijnmond. He also worries that without government action, citizens can go to court to get the ban reversed.

According to Aboutaleb, the Groningen professor of constitutional law Douwe Jan Elzinga told him that fireworks victims can go to court to argue that the government has a duty to guarantee the safety of its people and that the government fails in that duty by allowing explosives to fall into the hands of incompetent people. “I would be excited to see what the judge thinks about that.”

Rotterdam is the first of the four large Dutch cities to completely ban consumer fireworks over New Year’s, though Apeldoorn was the first of all Dutch municipalities to do so.

So the Muslim mayor of Rotterdam wants all of the Netherlands to ban private fireworks, not just his city which ‘enjoys’ one of the largest populations of violent Muslim and African migrants.

After all, in the multi-cultural Utopia of the Netherlands, no race or religion can be ‘unfairly’ affected by any law.  Everyone knows Muslims cause the majority of these problem, but because a few White kids also participate, we have to pretend that no single group, especially ‘vibrant’ migrants, are singled out for ‘hate’ or ‘discrimination’.

The Netherlands experienced unprecedented levels of violence over New Years this year, when even the firemen and first responders who went to put out fires and treat the injured in migrant-rich neighborhoods were violently attacked while doing their jobs.  Migrants seem to want to let the Netherlands burn, and the firemen are interfering with their plans.