Mike Bloomberg 2013: Government ‘Should Infringe On Your Freedom’ 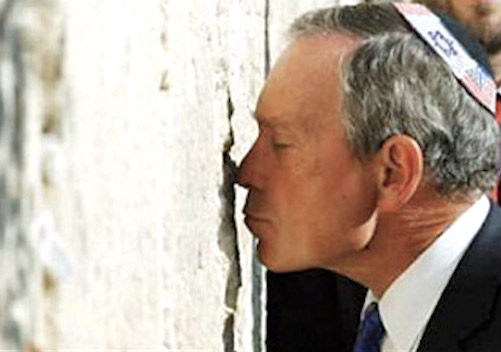 In 2013 when Michael Bloomberg was mayor of New York City, he revealed his true inner oligarch when he claimed that our constitutionally-guaranteed freedoms should be taken away by those who know better like himself:

“I do think there are certain times we should infringe on your freedom,” Mr. Bloomberg said, during an appearance on NBC. He made the statement during discussion of his soda ban — just shot down by the courts — and insistence that his fight to control sugary drink portion sizes in the city would go forth.

“We think the judge was just clearly wrong on this,” he said, on NBC. “Our Department of Health has the legal ability to do this. … [They’re] not banning anything.”

Mr. Bloomberg’s remaining months in office have included a firestorm of regulations and policy pushes on wide range of issues. Aside from the soda size ban and a well-publicized call for tighter gun control, another contentious policy he pushed: Nudging hospitals to lock up baby formula to force mothers to breast-feed newborns.

But these two nation-wrecking Jews epitomize the two political poles that American voters are being played against: the radical millionaire communist who honeymooned in Moscow and the extreme capitalist gun-grabber whose multi-billion dollar financial empire produces nothing real or tangible.

The concept of ‘inalienable rights’ arose out of the White Christian spirit and is completely antithetical to the jewish weltanschauung or worldview based upon claustrophobic Noahide rules, regulations and empty rituals handed down to the faceless proletariat from the all-knowing, all-seeing, all-powerful Sanhedrin at the top of the pyramid.

L’etat, c’est juif, to paraphrase Louis XIV. [The State, it is the Jews.]

And the jewish puppet masters don’t honestly expect or desire that either of these two Jews win the election.

They are in the race for one purpose: to push you toward their preferred candidate who embodies qualities of both extremes — Donald Trump.