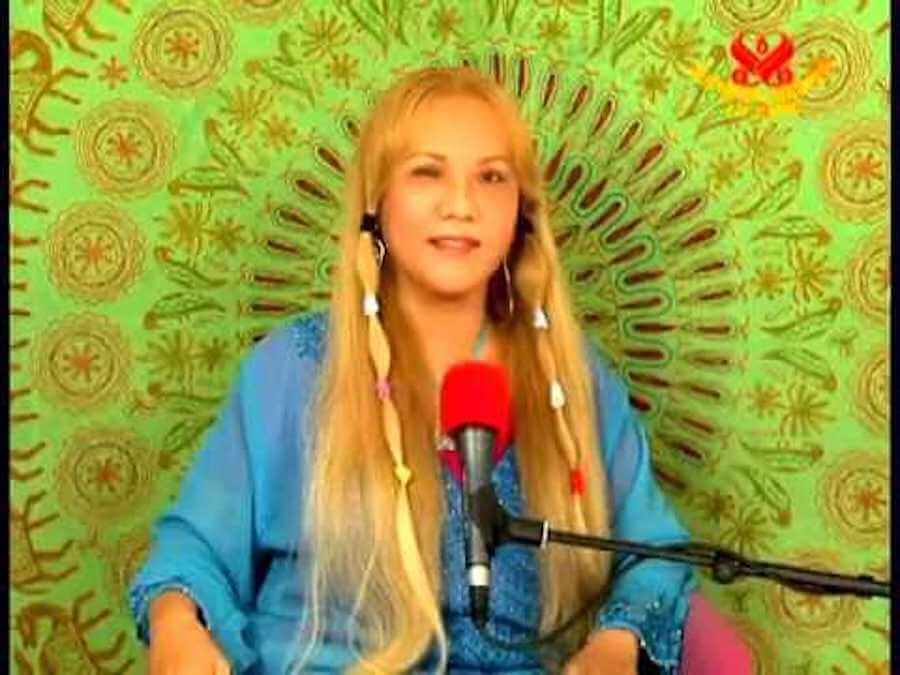 After reading this, America having Hollywood actors as Presidents may not seem as extraordinary:

A millionaire businesswoman whose followers call her “Supreme Master” is behind a global chain of popular vegan cafes, including four in Germany. No one knows how Ching Hai amassed her vast fortune.

In just four years, vegan restaurant Loving Hut has opened more than 200 locations in the United States, Austria, Germany, Australia and South America, which makes it the biggest vegan chain worldwide. Its founder, known as Ching Hai, has more than 500,000 followers (by some counts up to 2 million) who believe she has direct conversations with God and call her Supreme Master.

With thousands of videos on YouTube showing spiritual lectures going back to the 1990s, Ching Hai preaches all over the world to acolytes of a meditation-based philosophy she has dubbed Quan Yin. Wearing colorful outfits and sitting on outlandish sets with one or two favored followers, Ching Hai mixes Christianity, Buddhism, Judaism, Hinduism and Islam to instruct her believers in how they can achieve higher levels of consciousness and also speak directly to God. She claims to be the next “master” following in the likes of Jesus, Buddha, and Mohammed.

In the lectures, she also reminds her adherents that they should not be ashamed of making money, “people will make you feel guilty about making money…it’s none of their business.”

She also sometimes advocates something called breatharianism, which is a denial of food and water in favor of spiritual “sustenance.” The practice, sometimes associated with older religions, has been tied to numerous dehydration and starvation deaths.

Veganism is not merely a dietary choice for many–it’s a political and spiritual vehicle for the radical Left. It is being promoted as an essential part of some vague World Religion, a mish mash of different beliefs blended together into one politically-correct concoction of banality–with a multimillionaire Chinese woman raking in the financial rewards.

Ching Hai is really not so different from the evangelical Christian pastors who run the mega churches by promoting the so-called prosperity doctrine that it’s okay to be motivated by acquiring riches, a fusion of jewish capitalism and eastern mysticism.

When we flood our lands with non-Whites, we are exposed to this kind of toxic spirituality–and before you know it, we’re worshiping their false gods and turning away from the faith of our ancestors who built America and Europe.