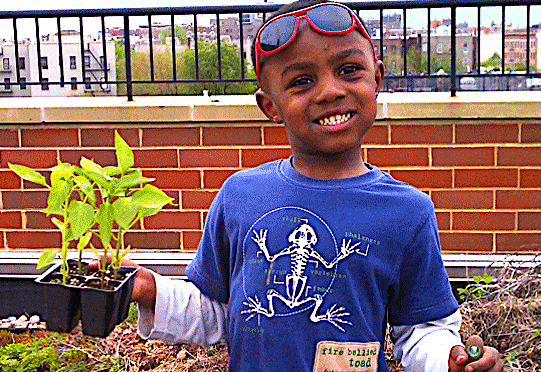 Patrice Bailey, Minnesota’s Black Assistant Commissioner of Agriculture who grew up in Harlem in New York City, has decided that Minnesota needs to racially diversify its farming industry for no reason whatsoever:

The Emerging Farmers Working Group offers the session as an opportunity for beginning and potential farmers to describe the barriers they face and possible solutions to overcome them.

The goal is to advance the success and sustainability of indigenous farmers, immigrant farmers, farmers of color and others who traditionally cannot access the resources necessary to build a profitable agricultural business.

Patrice Bailey, MDA assistant commissioner, explained that the group is the beginning for creating a task force that was promised by Lt. Gov. Peggy Flanagan during her campaign….

Bailey noted some of the key barriers discussed in the agricultural landscape include access to information, access to land, school loans, predatory lending, and racism.

“This is namely among people of color, native indigenous groups,” Bailey said. “You have some issues within groups of Hmong farmers, as well. The numbers are really low when it comes to those three groups. When you are looking at a landscape of 68,000 family farms in the state of Minnesota, there is a problem.”

Added diversity to the industry is crucial, according to Bailey. He hoped to help bring in more non-traditional folks that never see agriculture, or maybe do not think of agriculture in traditional ways, like corn and soybean farmers.

“We want to have people of color, native, indigenous people in addition to existing farmers, to work together to have a mentorship opportunity,” Bailey said. “They might be someone living in the metro of Minneapolis and St. Paul and not really knowing where their food comes from, but we also have ways in which they can get started to be an entrepreneur.”

As someone who was raised in Harlem, New York, Bailey saw himself as proof that everyone can contribute to agriculture.

“I never saw a tractor in my life until I went to college for agriculture,” Bailey said. “I had a negative connotation about agriculture because the first thing that comes to mind is farming, and it is so much bigger than that. I believe this will allow more agriculture to be lifted up in terms of giving more people who never hear the word agriculture an opportunity to know what it is and know how to use the resources to get started if they want to get in agriculture. We can be a catalyst in making sure that they have the opportunities in front of them.”

Apparently, Patrice Bailey thinks that as an Affirmative Action state bureaucrat he’s somehow been materially participating in “agriculture”.  And that’s all “people of color” are suited for in White societies: filling unearned bureaucratic positions to make Blacks feel as if they are actually accomplishing anything of value.

That is, if you think that having Black skin is some kind of accomplishment.

In world history, the appearance of organized large-scale farming coincided with the appearance of White people about 7,000 years ago.  Very few non-Whites ever farmed on a large scale, and to this day, still have not figured it out and thus can barely feed themselves.

Many Blacks in Africa actually believe that their food comes from stores, not from White farmers, which is also now a problem in Minneapolis.

And the few Black farmers in America blame White racism when their crops fail.

To replace White farmers with Blacks is essentially a death wish which would result in the mass starvation of society.

Blacks don’t like farming because it involves grueling, thankless work for little material compensation except for the satisfaction of a job well done and the independence that comes with it, a work ethic that God has written only in the hearts of White men.

Instead of trying to replace White farmers, Blacks should be grateful there are Whites farmers willing to do the work that they do not and cannot do.