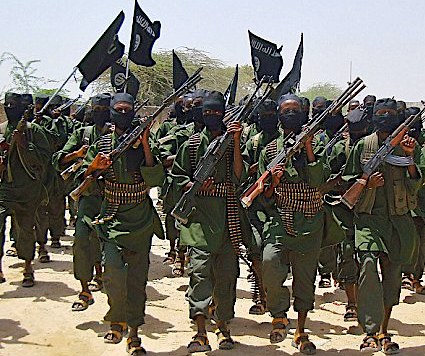 Minnesota’s U.S. Attorney, Andrew Luger, who has a history of radical, left-wing social activism in his home state of New Jersey, acknowledges that Minnesota has become a hotbed of terror recruitment for ISIS, but it has “nothing to do with” the tens of thousands of Somali or Middle Eastern immigrants that have literally flooded Minnesota in the last 20 years:

Six Minnesota men who appeared in federal court Monday are charged with providing support to a terrorism organization, the U.S. Attorney’s Office said.

The men were arrested in Minnesota and California on Sunday.

The charges and arrests are tied to the efforts of the six men to try to get to Syria to join the terrorist group Islamic State of Iraq and the Levant (ISIL).

“We have a terror recruiting problem in Minnesota,” U.S. Attorney for Minnesota Andrew Luger said at a news conference Monday. “This case demonstrates how difficult it is to put an end to recruiting here.”

No evidence exists that men had any plans to conduct any terrorism acts in Minnesota, Luger said.

Luger said the six men charged Monday were making great efforts to try to get to Syria to join the Islamic State, a group that has been terrorizing and gaining ground in Syria, Iraq and other countries.

At least nine Minnesotans have been charged now as part of a conspiracy to provide support to ISIL.

The six men charged Monday are accused of working with Abdi Nur, who is in Syria, the complaint said.

“They never stopped plotting another way to get to Syria. These men are focused men who were intent on joining a terrorist organization by any means possible,” Luger said.

Luger said the six men are not part of an organized recruiting group but were friends who worked to recruit and help each other get to Syria to support ISIL.

There is not one master ISIL recruiting organizer in Minnesota, Luger said; that makes it more difficult to stop.

“I will work and help anyone who in good faith wants to break the cycle of terror recruiting in Minnesota,” Luger said. “The problem will not go away unless we address it head on. It is not a Somali problem. It is not an immigrant problem.“

As a devout Jew who “takes his Judaism extremely seriously,” one would think Andy Luger would take this terror threat more seriously, considering the recent attacks on synagogues in the past year.  How is Luger so confident that these Muslim radical migrants are not going to turn their sights onto the Jews in America whom many “antisemitic” Muslims, including Ilhan Omar, the U.S. Congressional Representative from Minnesota, believe are responsible for the never-ending wars in the Middle East and the genocide in Palestine?

But then again, mysteriously this so-called radical terror group ISIS never has targeted Jews or Israel, so maybe that’s why Luger isn’t worried that his fellow Jews will be singled out by these pro-Palestinian “extremists’.  It’s almost as if the hundreds of thousands of Muslims who now live in Minnesota know to whom they owe their U.S. citizenship and welfare checks, and dare not bite the hidden hand that feeds them.  At the very least, for now Andrew Luger seems confident that these pet radicals will not turn on America’s heartland and his fellow Jews.  How he knows this is another issue.