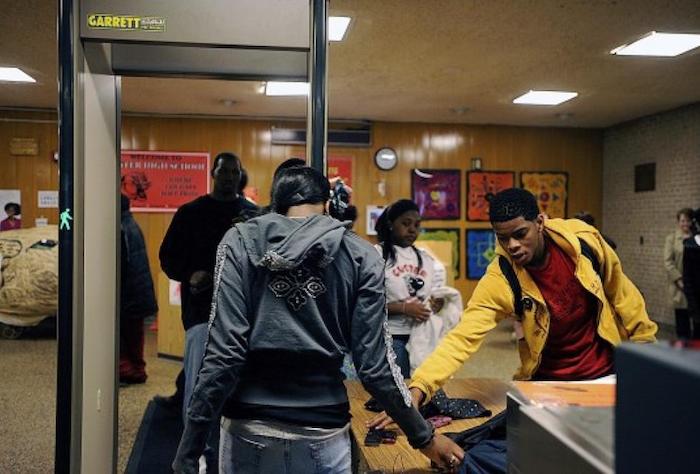 An official report issued by the U.S. Department of Education’s Office For Civil Rights claimed that in the 2014-15 school year 235 shootings took place in U.S. schools, but an independent investigation showed that most of those shootings never happened:

The embarrassing blunder involves Department of Education (DOE) figures stating that schools around the U.S. reported an alarming 235 shootings in one year.

National Public Radio (NPR) launched an investigation and actually contacted every one of the schools included in the DOE data, which was gathered by its Office for Civil Rights. The figures focus on the 2015-2016 school year and reveal that “nearly 240 schools…reported at least 1 incident involving a school-related shooting.”

Three months later, after every school was contacted by NPR, the stats changed drastically. More than two-thirds of the reported gun incidents never happened, according to the news outlet.

“We were able to confirm just 11 reported incidents, either directly with schools or through media reports,” the article states. “In 161 cases, schools or districts attested that no incident took place or couldn’t confirm one. In at least four cases, we found, something did happen, but it didn’t meet the government’s parameters for a shooting. About a quarter of schools didn’t respond to our inquiries.”

A program director at the nonprofit research organization that assisted NPR in analyzing the bogus government data is quoted in the piece saying: “When we’re talking about such an important and rare event, [this] amount of data error could be very meaningful.”

Even though the DOE is the agency responsible for disseminating the erroneous information, in typical government fashion, it shrugged it off as no big deal. When asked for comment by reporters, the agency said it relies on school districts to provide accurate information. Evidently, the federal agency doesn’t bother checking data before publishing it as fact.

In the meantime, the DOE has no plans to correct the errors. The article points out that the confusion comes at a time when the need for clear data on school violence has never been more pressing. Dozens of school safety measures have been enacted nationwide on the heels of high-profile school shootings in Texas and Florida and public districts are allocating large sums to boost campus security.

One might be tempted to ask what alleged school shootings have to do with “civil rights,” but that would be a “racist” question that the Department of Education would ignore.  Of course, many of these alleged shootings took place at inner city schools where Black “students” bring guns to school on a regular basis–and these cases are treated the same way that mass shootings are–to scare the public into thinking the problem is far worse than it really is.

This study provides proof that the Federal government is involved in promoting false propaganda to undermine Americans’ constitutional rights to own guns.

And again, they will use the irresponsible behavior of Blacks with guns to deprive the rest of the law-abiding White population of their right to protect themselves–most from Blacks with guns.