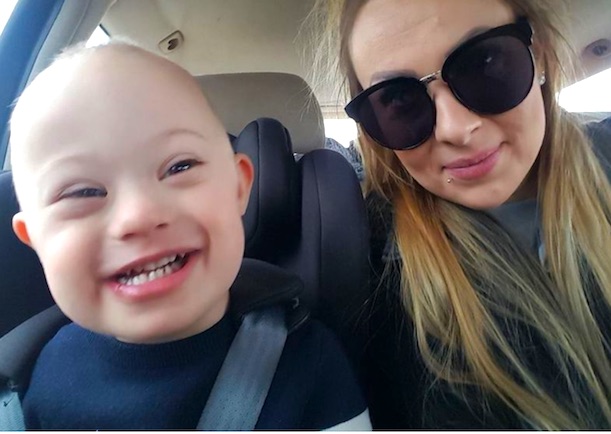 Edyta Mordel, a mother who said she would have aborted her ‘beloved’ son had she known he had Down’s Syndrome, has won a massive NHS compensation payout after antenatal tests were not carried out as she had requested:

Although she is now devoted to four-year-old Aleksander, Edyta Mordel told the High Court in London she would have terminated her pregnancy if she had known he would be born with Down’s as she ‘would not have wanted her child to suffer the way that disabled people suffer’.

Miss Mordel, 33, was devastated when Aleksander was born disabled at the Royal Berkshire Hospital in 2015 – but has since devoted herself to caring for her beloved son.

At the High Court today, Mr Justice Jay ruled against the Royal Berkshire Hospital NHS Trust and awarded Ms Mordel – who wants more than £200,000 – the right to massive damages.

He said the sonographer who conducted Mrs Mordel’s scan had failed to obtain her ‘informed consent’ to going ahead without the Down’s Syndrome screening.

Previously, Ms Mordel’s lawyers estimated her claim to be worth more than £200,000, which she would use to cover the increased costs of bringing up a disabled child.

Miss Mordel insists she asked for checks to be carried out during her pregnancy. The case is legally termed as a ‘wrongful birth’ because Miss Mordel says she would have had an abortion if she had known of the condition.

Figures from 2017 revealed that the NHS Litigation Authority had paid £70million to parents in ‘wrongful birth’ cases in five years.

The most effective way of demonstrating real love for your child is to tell him that you would have aborted him had you known he wouldn’t be born “up to snuff.”  Luckily, children with Down’s Syndrome are generally incredibly affectionate and loving, so this mother probably won’t have to deal with any pointed questions and doubts from her child.

God gave this woman a Down’s Syndrome child because she obviously needed an attitude adjustment, but she clearly doesn’t see it that way.  Clearly there’s nothing wrong with her or her values.  It’s much more profitable to believe she has a Down’s child because of the hospital’s incompetence rather than the will of God.  After all, no one has successfully sued God — yet.