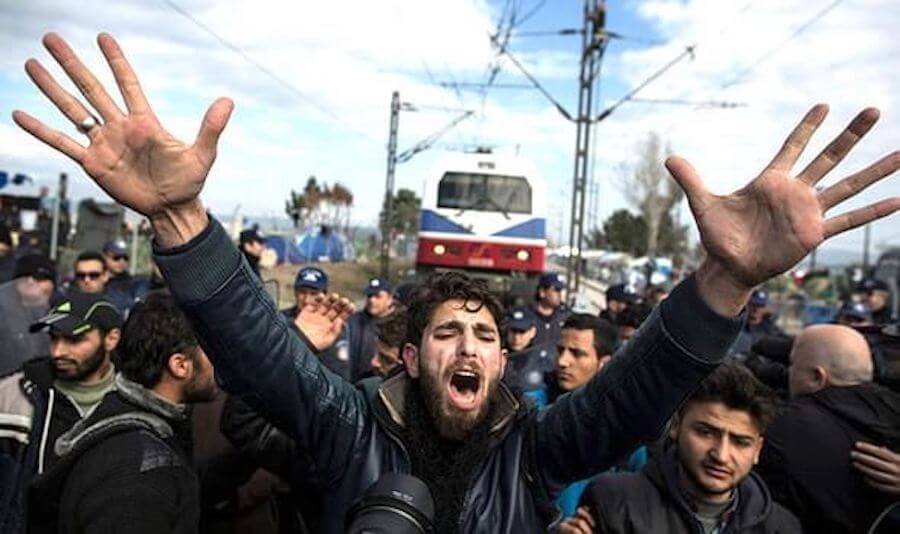 Apparently further contributing to the destruction of White Christian civilization has suddenly become okay with Jesus, according to a certain Muslim:

Aras Bacho, a Syrian refugee living in Austria, has suggested in an open letter published in the daily newspaper OE24 that ordinary Austrians and Germans should participate in the integration process of migrants. According to him, integration requires “both sides to work,” meaning that Germans and Austrians should take refugees into their homes, as well as to live and go out with them.

…The man added that communication like that helps refugees to “get smarter” and learn the language. However, in his opinion, communication is not the only thing that Germans and Austrians can help migrants with.

He notes that taxes paid by citizens to support refugees are not donations, as they are mandatory. Bacho believes that Germans and Austrians should pay voluntary donations to be truly humane. He goes on to cite Jesus from the Bible to underscore his point.

“All Christians should naturally know that Jesus said ‘give men in need your home and all your money.’ As you can see, not all Christians adhere to this guideline,” he said.

…His ideas have found little support on social media, with responses ranging from flatly disagreeing with his views on integration to suggesting that Bacho should go and buy his own home back in Syria.

Interesting that this Arab doesn’t appeal to other Muslims and Turks already in Germany to give up their money and homes to him and his fellow invaders.

As communities–and countries–become more multicultural, people in them become less and less sympathetic toward other members of the community. When people do not share a common history, language, and religion, they do not feel a sense of obligation toward each other–and are far less willing to help each other.

For this reason alone, multiculturalism will fail–and the only way to enforce it will be down the barrel of a Police State gun. And nowhere in the Bible does it say that we should give aid and shelter to racial aliens, contrary to what today’s liberal churches claim.